Today is the 53rd Annual Ann Arbor Art Fair (July 18-21), and thankfully, it was not 100 degrees outside, but still warm and shiny enough. I took a quick walk through a portion of the fairs and had my camera with me with. I can honestly say that in the many years that I have visited the art fair, I haven't bought anything. The really nice stuff is out of my budget, and some of the kitschy stuff, I could probably make myself. But it's good for people watching and buying stuff from sidewalk sales of the businesses taking advantage of the fair. Here are just a few images of the art fair this year. One thing I want to point out is the higher visibility of non-"art" related vendors. Can someone explain to me why in the hell did Macy's have a Clinique booth up at the State Street Art Fair section, such a prime position right in front of the Michigan Union, front and center? That was so many levels of wrong... I fear the art fair has jumped the shark this year as there's no valid reason, other than MONEY that a nationwide department store was selling at a booth, a worldwide cosmetic from the mall, just 3 miles up the road. Just wrong. I took a picture of it because I couldn't believe it, but I'm not going to post it here, even though I do use that cosmetic brand. 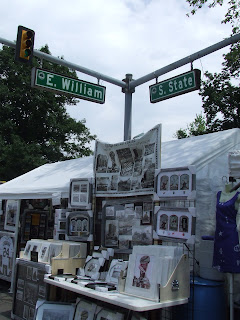 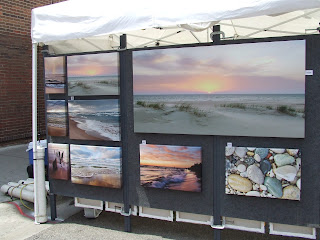 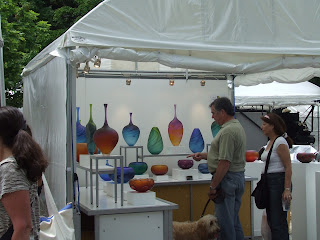 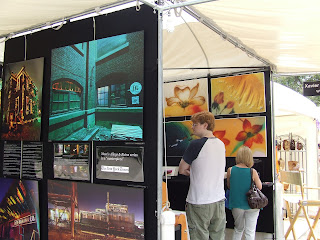 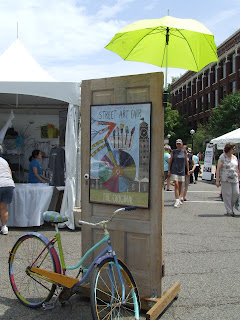 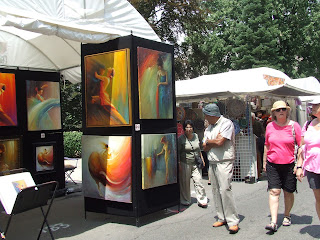 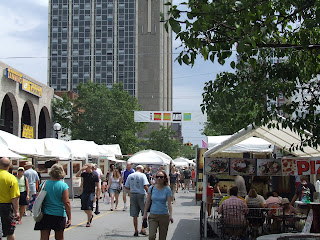 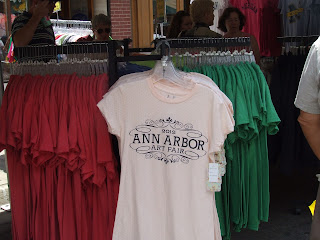 All photos taken by Simone 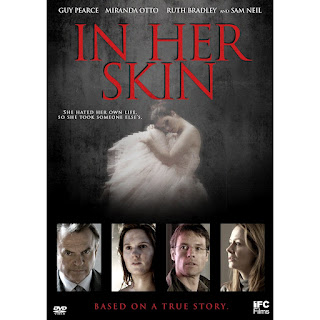 I suspended my Netflix account back in May in preparation for my European vacation. And I haven't reactivated it yet as I haven't felt the need to do so since I can just prance into the A2 library and check out DVDs. While I work full-time, and take classes, I need some downtime to just enjoy a movie. I rarely watch previews  on DVDs, but sometimes, depending on the DVD, especially if it's an independent/foreign film, I like watching their previews because the parent company features previews of films that do not have a theatrical release or are foreign and very low on the word-of-mouth radar. And that's how I discovered 'In Her Skin'. It is a 2009 Australian film starring Guy Pearce and Miranda Otto as two parents of a teenage girl who has gone missing. The villain Catherine, impressively played by Ruth Bradley, is a disturbed former neighbor who has a wicked fixation on Rachel because she hates herself and her own life so bad. But if she can take over Rachel's life, all will be fine in her deliriously demented world. The movie also stars Sam Neill, and it is sadly based on a true story. Directed by Simone North, it's a good movie that has some tense moments, and a prolonged murder scene that is hard to watch, but not very gruesome, just, rude. I say check it out - 7.5/10.

As I mentioned previously, I already ordered my The Dark Knight Rises ticket for the Friday 8pm showing, so look out for a review of the final Batman shortly afterwards. I'm sure I'll like it, but if I don't, I'll be honest, and I highly doubt batshit insane fanboys will harass me like they did that critic at Rottentomatoes. People.