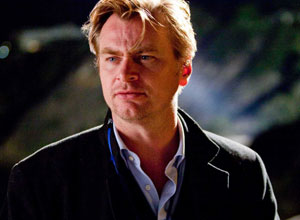 As if I couldn't admire the director of Dark Knight Rises and Inception anymore, Christopher Nolan admits in an interview that he doesn't use email or have a mobile phone. In a world where addicted people hold tightly onto their iPhones like an oxygen tank, Mr. Nolan couldn't be bothered because he just doesn't need these toys. I have a very basic cell phone, it's so basic, my 12 year old nephew teased me about it and showed me his android. Whatever! But I can relate to Christopher, can you?


"It's not that I'm a Luddite and don't like technology; I've just never been interested," Nolan said. "When I moved to L.A. in 1997, nobody really had cell phones, and I just never went down that path." [He continues to explain]  A lot of the things people amuse themselves with really are just toys for grown-ups, and it eats your time and pulls your concentration," he said. "The idea that you're holding in your hand a device that will actually let you speak to another human being and instead of using it for that, you type some silly little message and send a one-way communication — it's a very odd step backwards in communication terms."


At the age of a youthful 41, Christopher's indifferent attitude towards the communication technology tools that so many people are desperately dependent on is admirable, and very zen like. I can go days without looking at my cell phone, I know some people can't go 5 minutes without it. As a Communication major, I find Christopher's low tech stance to be pretty sensible, cool, and humble.

Source: Next Movie
Posted by Theatre of Zen at 11:16 PM