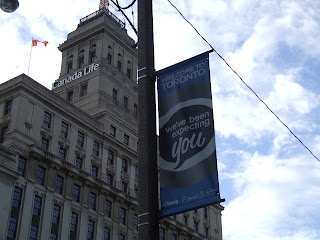 Oh man how time flies when you're having fun. It's the end of Day 4 at Tiff already, not fair! But it was another good day as I saw some entertaining films.

Typical drug dealer film from London about a typical deal gone wrong with typical backstabbing crackheads and competitive drug dealers, oh, and a typical really bad guy main supplier with a nasty foreign accent. Not as much blood as I anticipated, thankfully, but there were tense moments and some decent acting for a low budget UK drug dealer film. 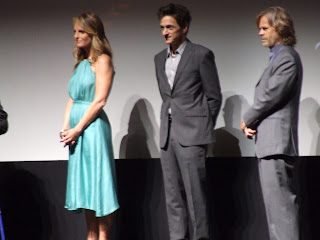 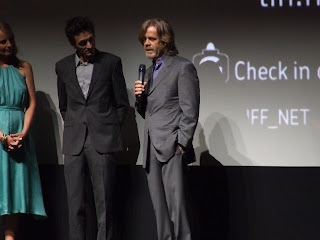 This movie was much better than I anticipated. It was a comedy, but it also had a social dilemma about the disable and their ignored needs for human interaction of a sexual kind. John Hawkes, in yet another Oscar worthy performance, plays a man who was afflicted by polio as a young child and left totally immobile and dependent on an iron lung (a breathing machine he needs to be inside of during the night). Because of his condition, he is on a gurney for his entire life, but his mind is fully functional and he's a very intelligent man with a fantastic sense of humor.  He finally seeks out help in losing his virginity and Helen Hunt, who is in her late 40s, is the sex surrogate and she is fully nude on many occasions in this film. She is a gorgeous woman with an incredible body that women half her age would kill for. So kudos to her for taking it all off to become believable in this role as a sex surrogate. As you can imagine, having intercourse with a disabled person can pose some physical challenges for both parties, and both Helen and John did an incredible job in bringing these characters to life, and helping us understand and remember that people with disabilities yearn for the same type of human interaction most of us take for granted, and that sex surrogates are legitimate therapists who do an amazing job to help bond with a fellow human being. The audience at tiff gave a teary standing ovation  at the end and there was a very nice Q&A with the director and the cast. Do not be surprised when you see The Sessions nab a few Oscar nominations.

A new twist in the vampire genre that has a woman and her 'sister' running from place to place to escape some mysterious men following them and wanting to do them harm.  Gemma Arterton and Saoirse Ronan are 200+ years old vampires and they broke a cardinal rule of their kind, which is why they are on the run. Saoirse's character is growing very wary of their gypsy lifestyle and wants to share her story with someone to save her sanity. She meets a boy who connects with her in a way that no one else has ever done so and she reaches out to him, and by doing so, puts his life in jeopardy. There's a lot of blood which is necessary for any vampire film worth it's salt. Very entertaining, but a bit slow at some parts, but that's ok as again, this story is tapping into a new vein, pun intended, in the vampire genre and it needs to explain itself. Recommended for any respectable vampire fan.

I had a few hours to spare between films so I did a little walking around, and I found myself really startled by the pronounced visibility of police officers - with GUNS, here in Canadia land! And then I realize that due to the Aurora, CO 'Dark Knight Rises' shootings, the reps for TIFF, Toronto, and Hollywood ain't taking any chances and security presence is everywhere, and they are letting you know they are here, and they are going to kick ass if anything skanky goes down. There are even bigger body guards around, inside the theatre. These are the times we live in and I believe it's better safe than sorry. The gawker crowds have become larger and crazier, and again, comprising mostly of people who do not have tickets to see the films - they just want to see as many celebrities as possible, and get autographs and pictures with them. The TIFF of today is very different than my first tiff back in 2004. But I still love and can't imagine having as much fun at any other film festival.

Here are a few more photos of my day: