It's that time of year! Zero Dark Thirty | Oscars | Paris 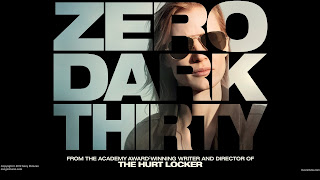 Just as I'm still in recovery mode from Fall semester at grad school at EMU, Winter semester classes started on Monday, and my first of two classes started this evening! So unfair! Univ of Michigan starts next week (the week I fantasized I would start), and the community college starts the week after that. But oh well, might as well deal with the inevitable right now. So that's why it's all the more important for me to be free to go to the movies this weekend and watch Katherine Bigelow's Zero Dark Thirty, starring Jessica Chastain. According to Overallsite.com, here is the synopsis of ZDT:

For a decade, an elite team of intelligence and military operatives, working in secret across the globe, devoted themselves to a single goal: to find and eliminate Osama bin Laden. Zero Dark Thirty reunites the Oscar(R) winning team of director-producer Kathryn Bigelow and writer-producer Mark Boal (The Hurt Locker) for the story of history’s greatest manhunt for the world’s most dangerous man.


As I posted at the Pearl Jam community board ZDT thread, I'm one of those people who is very suspect of Osama bin Laden's "death" and how the Obama Administration handled his "demise". So I'm curious as to how this film deals with the situation. For a bastard so hated the world over, why are the circumstances surrounding his "death" and "burial" at sea so clouded in mystery, at least for me? I just don't get it and I pride myself in having a healthy level of skepticism but I'm getting tired of being so jaded towards the political intrigue presented by my government. But, that's a whole different blog post, or thesis. Zero Dark Thirty has been out for several weeks in the usual first dibs cities, so the rest of us peons will see the film this Friday. I will post a review of the film on Sunday so stay tuned... 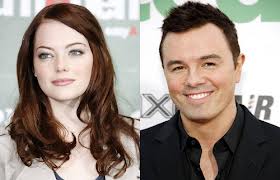 Meanwhile, it is that time of year where I make it a point to watch the movies I'm interested in that have a lot of pre-Oscar nomination heat on it. And this Thursday morning, Seth McFarlane and Emma Stone will present the Oscar nominations. I try to put last year's supremely fucked up nominations presentation out of my mind. I literally have brain spasms when I think of that fuckery. My favorite actor, Michael Fassbender, was snubbed for his film 'Shame' all because he did male frontal nudity in it which then prompted the anal MPAA to give it the NC17 rating. When his name was not announced, everything else afterwards was a blurrrr, my brain became overheated with so much anger, hurt, rejection, and insult that I don't remember anything else about last year's nomination presentation. So, this year since I don't have such an emotional investment in the nomination process, I can watch it without tripping out. But that shouldn't imply that I'm not going to be intrigued about this year's snubs. I'll gladly partake in hot debates about who and what was or was not nominated, and surely, as in each year, there will be circles of fans of film X or actor/actress X who will reveal their anger about their favorite not being nominated. This happens every year, it goes with the territory sadly.

You can watch the nomination live at the Oscar website, or at cnn.com or E! for that matter.

On Thursday I will post my reactions and the nominations. 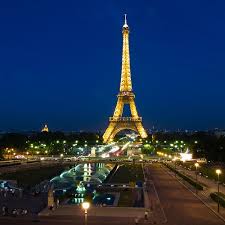 And one more thing... a few days ago I started my plans for my trip to Paris in June. I am so excited about this trip! I have always wanted to visit Paris, France, I've even had this one particular recurring dream about Paris where I'm walking towards the Eiffel Tower, but it seems so far away and I kept trying to get there, but I'm lured away off the route towards the tower. Like I said, it's a dream, a crazy dream, but it's about Paris and I'm finally going to go there. With that city being the number one tourist spot on the planet, there is so much to see and do. I've already dedicated my entire Thursday, June 6, to be at the Louvre, no and, ifs, or buts... I'll be there all damn day and I'm going to love every single minute of it.

So, if you live in or near Paris, or have traveled there, please feel free to share with me your favorite restaurant or shop you think I should go to. That cool hidden little gem that most tourists don't know about that you highly recommend for me to check out. As you can imagine, planning a first visit to Paris can be overwhelming and hitting all the tourist spots can get a little crazy. So that's why it's all the more fun to go somewhere that is unique and not overrun with tourists. Merci!