The 2013 Oscar Nominations the Good and the Rude 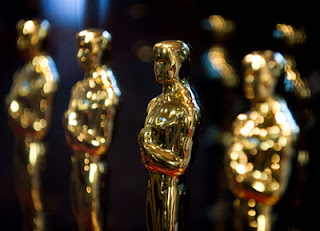 I have a true love/hate relationship with the Oscars. They have upset me so often with their snubs to the brilliant, and awards to the bland, that I pretty much have abandoned watching the actual live telecast to spare my blood pressure. But I do live for nomination day because like many Oscarholics, I want to know who AMPAS felt justified in bestowing a nomination upon. Here is the full list first, then my praise or criticism beneath each category. 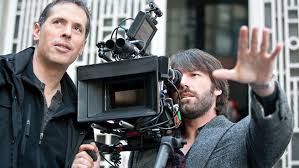 But first off, the snubs that irk me the most is the rude absence of Ben Affleck for Best Director for Argo, and actor John Hawkes for The Sessions. I am also peeved that Skyfall did not garner even a token Best Picture nomination - and to add salt to the wound, the were nine nominated films... not ten like of the past two years. Seriously, what.the.fuck? And no love and appreciation for at least the technical brilliance of Cloud Atlas (hello? makeup bitches?) or Looper (hello? Original Screenplay bitches?).


Best motion picture of the year

Come on, they could not squeeze in one more for Skyfall to make it a perfect 10 film list?!

Where the hell is Ben Affleck? Others that people are pissed off about being snubbed are Katherine Bigelow for 'Zero Dark Thirty', and Quentin Tarantino for 'Django Unchained'.

Performance by an actor in a leading role

Too bad Dwight Henry of 'Beast of the Southern Wild' was not nominated, but my main gripe is the exclusion of John Hawkes of 'The Sessions'.  I know DDL is going to win, but it would nice to see Joaquin pull this out, he deserves it.

Performance by an actress in a leading role
Nice to see Quvenzhane, Naomi Watts nominated. I haven't seen Amour, yet.

Performance by an actor in a supporting role

The most boring category - everyone here won already. This is silly!

Performance by an actress in a supporting role

This is where Looper should have been nominated!

Glad to see Skyfall here, but Cloud Atlas should have been nominated as well.

Another for Cloud Atlas 'should have been'

I saw The Gatekeepers at TIFF, it's excellent!

For the love of Christ... 'Cloud Atlas' again should have been considered. Hell, even Lincoln!

Nice to see Prometheus nominated for something. But Looper and Cloud Atlas should have been here too.

I watched this morning's nomination presentation with Seth McFarlane and Emma Stone. I thought they were cute and funny. I'm sure he's going to be a great host! But I have "issues" with Oscar, and I'm not going to watch it. Here is a selection of some of my colorful commentary this morning at Twitter:

Simone Cromer ‏@FassFass
Damn, no Ben Affleck... that hit me like an after shock, I was like...hey...HEY,... wait a minute! This pisses me off.

Simone Cromer ‏@FassFass
I knew the Oscars didn't have the true respect to toss a token Best Pic nomination to Skyfall. smh

Simone Cromer ‏@FassFass
I live in a world where Bradley Cooper got a Best Actor nomination before Michael Fassbender. Can't wait for Hangover 4 or is that 5?

Simone Cromer ‏@FassFass
@DavidPoland the Oscars jumped the shark years ago. McFarlane will do fine. I still ain't watching it, but the Oscars are MTV for 35+ demo.

Simone Cromer ‏@FassFass
John Hawkes SHOULD have been nominated for The Sessions. Just plain ridiculous, he went full method for that role!

Email ThisBlogThis!Share to TwitterShare to FacebookShare to Pinterest
Labels: Oscars 2013