Oscar Day - No Guts, No Glory!

Tonight is Oscar night and I have already posted my thoughts about who should win tonight, but I'm doing my No guts, No glory hopeful wins today. I'm still not going to watch the show, I have too much writing to do for a class project and a LOT of reading to do. But I will read the play-by-play at the Awards Daily blog/forums tonight. I multi-task very well thank you.

So without further adieu, here at my NGNG choices in select categories:

Best Picture: Argo - yes it's my first choice, but as an alternative, I'm going to also select Zero Dark Thirty (neither Director got a Best Director nod. Funny that eh?)

Best Director: Michael Haneke for Amour. This film swept the Caesar awards the other day, those are the French Academy awards and it would be nice to see this director win a Directing Oscar. BTW, check out 'White Ribbon' if you haven't yet to see the talent of this director. 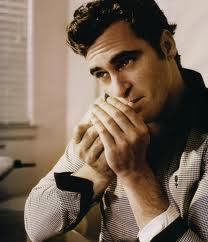 Best Actor: Joaquin Phoenix - I just can't stress how awesome it would be to see this actor finally win an Oscar on his third nomination. It would just be underwhelming to see DDL win his third Oscar tonight, making history. IMHO, Joaquin is more deserving of this Oscar this time.

Best Supporting Actress: Amy Adams (The Master) People think that just because The Master wasn't nominated for Best Picture, that kills any of the cast's chance of winning an award. That bullocks! I can also see Naomi Watts winning this, she was brilliant in The Impossible, and at this moment, that appears to be her winning chances too... but there's hope.

Best Supporting Actor: Philip Seymour Hoffman - all actors nominated in this category already have Oscars, so no one should cry in their milk tonight if they don't win their second.

So of these six top categories, these are my NGNG predictions. Some NGNG predictions posted throughout the Internet are really wild, but it also shows you how people feel about the performance of some actor/actresses, and the quality of a particular film. I hope tonight's show is exciting for those who watch it, and I want to READ some surprise announcements. If the same four people who have been winning all season long win tonight, it will be a very stale evening. I want some gasps and awe!