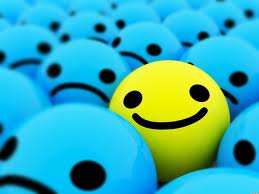 In the past 4 weeks, my time has been monopolized in preparing and interviewing for two different jobs. I haven't interviewed in nearly a year and a half, and my New Year's resolution was to start a new job search, especially since I'll be graduating with my Masters degree in December. I knew that it was going to be a long process, however, at the end of January, I applied for two jobs that seemed really interesting, and I just hoped for the best. Well I eventually got call backs and went on the interviews, a real ego booster, and I even had a second interview at the one place I really wanted to work at. I was not very impressed with Company R, but I really liked Company C.

The good thing about these interview exercises is that it was good practice interviewing again after not doing it for a while. The bad thing is that I didn't get either job. Again, I was overqualified for one job, and the other, I really, really wanted. The interview went brilliantly - I can honestly say I never felt more comfortable and enjoyed an interview so much. However, I came to learn something from the interviews: no matter how much the interviewers ACT like they like you and are impressed with you and your skills, and the conversation is exciting and fun... it's all an act. They are actors, or rather, directors and producers, looking to hire an actor to play a role in their production. I simply failed the audition and I accept that and I am moving on from this stressful saga. However, when I followed up with the standard 'professional and patient' email to the VP on Monday to inquire on the status, it took him several hours to reply back with a response that had a tone which was 180 degrees different than the man I interviewed with twice. He sent me a generic, cold, cut/paste reply that simply said they selected someone else and my resume will be kept on file. Gee, thanks! My day was fucked for the remainder of the day... I foolishly thought and held on to the naive hope that I could get the job.

That's what upset me the most, the complete failure to follow-up with me in a more reasonable time to let me know that they offered the job to someone else - especially after telling me that their decision would "take quite a while", and hence giving me the impression that it was going to be a long process to complete the hiring/interview process. I even prepared myself by going to my mailbox every afternoon anticipating receiving the standard snail mail rejection letter. But there was nothing, so I continued on trying to stay positive - no news is good news, right? I now believe that their decision was made very early on and they did not care to let the candidates they invited back for a second interview, know their decision in a timely and courteous manner. A lot of businesses do this, and that doesn't make it right. It's disrespectful, unprofessional, and damn lazy. At least with Company R, which I did not care for much, CALLED me and kindly told me that they offered the position to someone else, but she also told me that she enjoyed meeting me, and hope I apply for other jobs in the company in the future. I politely thanked her for letting me know. That was professional, and I have much more respect for Company R now, and I may keep an eye open for future positions they post, all because of the follow up in how they handled this interview I had with them. I do not feel the same way about Company C and they have a new position open this week that I find interesting, but I'm so unimpressed by the way they treated me and the lack of respect of the time I put into interviewing with them, that I will not waste anymore of my precious time with them.

So, I have learned a lot from this latest job interviewing experience and I will cease the job hunt so I can focus on the final six weeks of my graduate classes and concentrate on finalizing my plans for my London/Paris trip. Just thinking of this trip has been the light in this dark tunnel of late, and it couldn't come at a more convenient time. I have created a money management budget time table for myself to adhere to, which will assist me in saving up for spending money as well as making and paying for reservations of activities. I aim to purchase my airfare sometime next week.