This coming weekend, I will be extremely busy working on two final papers and a presentation. To say I'm stressed out is an understatement, but the previous semester was worse, so I think I'm doing fine. The state of my apartment is another matter. But, I shall tend to it next week after my final class on Wednesday. So with that said, I did want to update you all in regards to my London spa plans after my rant earlier this week in regards to the Sanctuary Spa poor customer service. 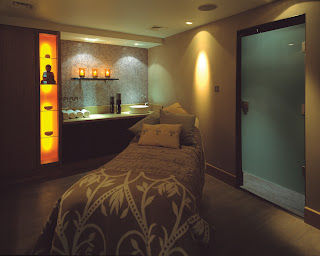 Me and my friend Lucinda discovered the Amida spa in the Chelsea section of London as a brilliant substitute. We found a coupon deal at the Wahanda webpage for the Spring Sensation Spa Day for £65, a 38% discount deal! It includes full use of the spa facilities and 55 minute Aromatherapy Intensive Muscle Release Massage! Just tying that makes me weak in the knees in anticipation of this massage. And again, with saving so much money instead of going to the other spa, we jumped on it. However, Lucinda bought her voucher first, only to realize after the purchase that the voucher was only good through May 31st. We plan to go on June 3! So I emailed the Amida Spa directly to inform them that I'm traveling to London, from the States (Tip 1: Play the American card when dealing with overseas businesses), and me and my friend wanted to try their spa instead of our usual Sanctuary visit (Tip 2: Play the Mention the Competitor card when dealing with a new business in the same industry), but I'll just be flying into London on the day the deal ends, and I asked if there's a way it could be extended through June 3. I crossed my fingers and sent the email. 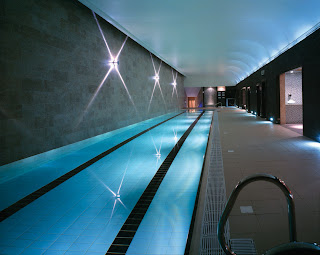 Low and behold, not 15 minutes later, I get a reply back from Amida Spa saying thank you for contacting them and that they would be delighted to honor the Spring Sensation Spa Day deal. Praise Jeebus! After a battle with lackluster customer service last week and early this week, here is a business that wants me and my friend's business! I reckon £130 from the both of us is better than £0, yes? So I shared the info with Lucinda, I bought my voucher, she called them, and we're all booked! I'm so excited about this visit because I'm in desperate need for a massage. My muscles are very tight and bunched up due to stress, and it will really be a mess after this weekend. 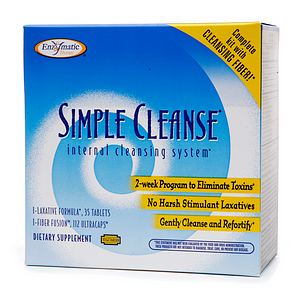 While I was shopping at Whole Foods the other day, I visited the health aisle to check out their detox cleanser systems. I have pledged to do a detox cleanse every 4 months and to coincide with my trip at the end of May, I have designated the first two weeks of May to a new detox program. Try as I may, I eat well, but I have also been stressed out so I have been diving into sweets more than I should. And the evil business meeting leftovers and parties here at work have left me eating foods I normally wouldn't buy and eat. So I jumped at the chance to by the Simple Cleanse system which was on sale for 50% off at $9.99. The benefit to this plan instead of the 365 Whole Body Cleanse from Whole Foods is that there are less horse size pills to take. That was the downfall on that plan... I would literally be gagging at the 8 pills I would have to take at morning time and nighttime. Whereas with Simple Cleanse, it's just 4 in the morning, and 3 at night for two weeks. My esophagus will be treated more gently with this system. I'll get rid of this belly bloat, and lose the 6 pounds that are making my pants a little too snug at the moment.
Posted by Theatre of Zen at 3:45 PM