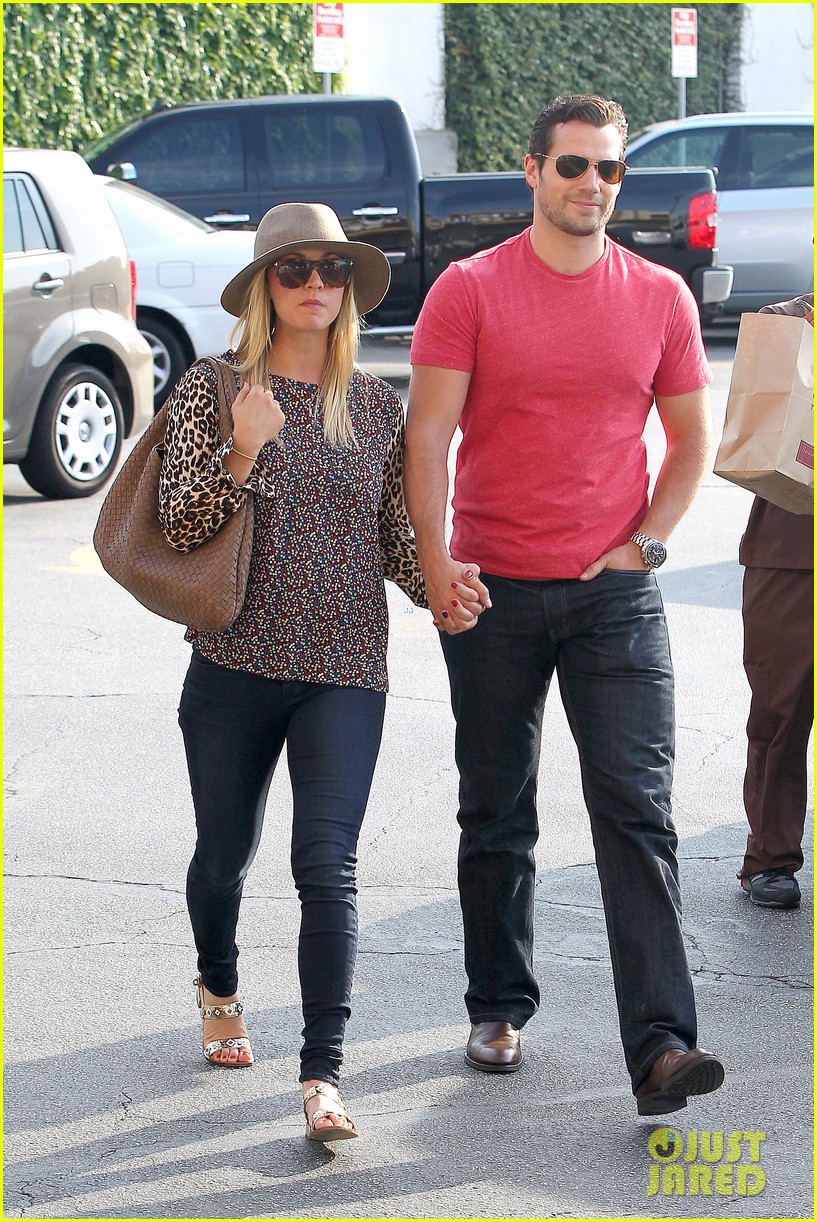 How many women is gorgeous 'Man of Steel' Henry Cavill going to be connected with before everyone is truly convinced that he's 100% straight? Me, I don't care about someone's sexual orientation... diversity is good, and I love LGBTQ people. In the span of a year, Henry is on his third ladyfriend, and the latest is some lady named Kaley Cuoco from a show I have never seen called 'Big Bang Theory' (I don't watch TV). I just bought his Interview magazine cover a few days ago, and he was name dropping his now ex Gina Carano, and now he's with this Kaley lady? Tsk tsk tsk! I just don't believe it. Henry needs to fire his manager because this campaign of trying to prove he's a heterosexual just ain't working. Even Just Jared's article title screams sarcastic disbelief. And based on the 999+ comments on this very subject at ONTD!, it's clear why Henry's PR is making damn sure he has a "girlfriend". Oy vey!

Source: Just Jared
Posted by Theatre of Zen at 9:49 PM