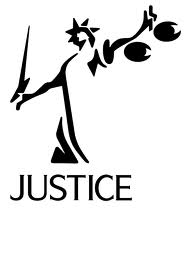 Of course I have been aware of the Trayvon Martin / Zimmerman case and I patiently waited to see what the Florida trial would determine. Like many people, I shake my head in shame and disgust. A person got off Scot-free for Starting an argument with a kid, and Ending it with a bullet wound into said kid. Sadly, in this gun crazy country, many kids of all backgrounds get shot daily, but most are young black kids and it's terribly disheartening. What the Florida court said was basically that you can question, harass, stalk, start and fight with, and shoot a person walking through your neighborhood who doesn't "look like" they live there.

Someone posted the following comment at a gossip site I visit for celebrity gossip, and I do hope there is some truth to this speculation.

Someone posted this on a gossip forum that I read and I hope what they say is right:

My father is a retired state supreme court judge and he told me before the trial that Zimmerman wouldn't be found guilty. I figured he was wrong on this one and bet him $100 on it. Right after the verdict the other day I went over to pay on the lost bet. He told me that federal prosecutors would be looking into it, and they probably had been looking into it 'unofficially' since the beginning of the trial. He also said that he feels that the federal prosecutors really want to go after Zimmerman. He thinks they (the Federal Prosecutors) have a much better chance of conviction since they have already had one trial and Zimmerman's lawyers gave it everything they had because it wasn't an open and shut case with the trial a mere formality. The Feds know Zimmerman's lawyers whole strategy now and they also know where the local prosecutors went wrong. He said if the Feds take the case (and he thinks they will) it's because they are 99% sure that they will win. He asked if I wanted to bet on the Feds taking the case to try to win my money back, this time I think I'm a little bit smarter about betting against him.
One last bit of info, Dad said that the Feds would likely ask for the longest prison sentence available for the crime. He also told me that the Federal Penitentiaries have done away with "good time" and parole and probation. So if he's convicted Zimmerman will do every single day that the judge sentences him to.
Here's hoping he's right.


What do you think? I think Justice needs to be reviewed in this case because Zimmerman was the only survivor in an altercation that he started with a kid holding a bag of Skittles. I have no desire to visit Florida at the time being, or in the near future. That state is such a political pool of a mess and I will not give them my tourist dollars. Stand your ground? Well, I'll stand on ground in other states and countries thank you!
Posted by Theatre of Zen at 7:39 AM