By Day 6 of TIFF of every year, the crowds are noticeably lighter and there is not as much stress as the first five days of this front loaded festival. I saw four very different films today, in four different theaters. But before I get to that, I'd like to brag that a star of 'Mystery Road', the Aussie film I raved about on Day 5, Hugo Weaving, re-tweeted my tweet about how awesome the film was. That's such a big wow in my book!

Anyway, here is how today flowed:

Blood Ties - 8.5/10 - This film had a steady slow pace that picked up big time at climax shoot-out scenes, and it reminded me of why 70's themed crime dramas are the best. Clive Owen and Billy Crudup are two brothers who lead different lives, one is a criminal, and the other is a policeman. When it comes to family, blood is thicker than water and it proves difficult to go full-stop on an older brother that is loved, but is so bad for the family. Does the cop quit his job to go after his brother, or does he stay on the job and take him down?

Under the Skin - 8/10 - An alien who seduces men who fit a strict criteria ensnares them in a horrific and creepy way. Why does she do it? For food, for energy, for game? Scarlett Johanssen impressed me with her limited speaking in this film, and the special effects and originality of this sci-fi thriller kept me in suspense the whole time. While we may not get the answers or understand what's going on, just go along with it and enjoy it because it's sexy scary and the ending leaves open some interesting questions. 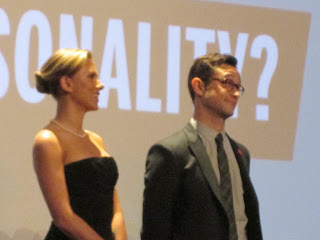 Bastards - 7.5/10 - I'm not even going to say that I understood this film, but I was trying to keep up with it. This french film focuses on a family affected by a suicide of the father, the rape of the daughter, and the blind gullibility of the mother. The woman's brother comes to her aid to help the family in this crisis, but there are so many secrets and blind spots that will eventually swallow him and lead to more tragedy. There were so many pathetic characters in this film that it was hard to feel sorry for anyone, save the brother who tried to get down to the bottom of a seedy world of drugs, sex, and familial taboos.