After missing out on The Cinetopia Film Festival during its first two years, I did my first of four volunteer shifts tonight as a Wayfinder. Here in Ann Arbor, there were three simultaneous film screenings at three different venues within a three block radius. At the Michigan Theater, the 7:30 showing was the film '1982', at the State Theater's 7:30 screening was 'The Skeleton Twins', and at the U of M Modern Languages Building at 7:00 was John Sayles' 'Go for Sisters'. My duty was to direct people to where to go for their movie and hand out programs and just be nice and answer questions. Some of the scenes immediately reminded me of my time at TIFF in Toronto, but on a much smaller micro scale.

It was fantastic to see so many people lined up. I over heard the disappointment of a handful of people who failed to be in line 15 minutes before the film started and they were not allowed into the screening because the theater was completely full, as in Sold Out. That's great news for Cinetopia, but not so much for the film goer. Friday night, I'll be an usher at the State Theater and then I'll try to catch Buzzard immediately afterwards, even if I have to stand through the film. It's my only chance during the festival to watch it.

Here are just a few images from tonight: 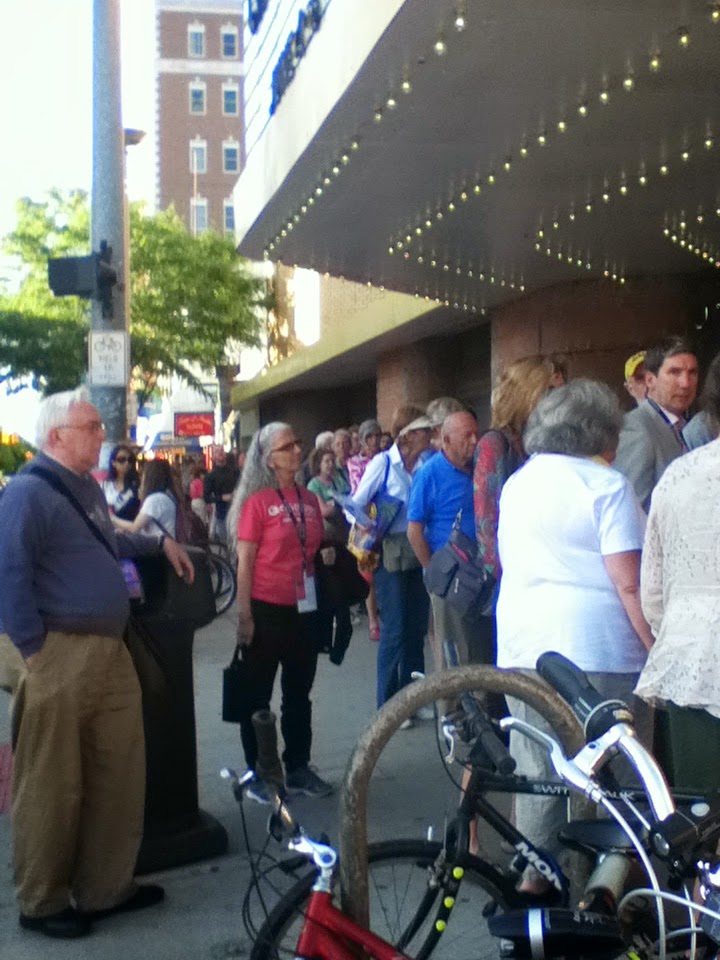 Email ThisBlogThis!Share to TwitterShare to FacebookShare to Pinterest
Labels: Cinetopia