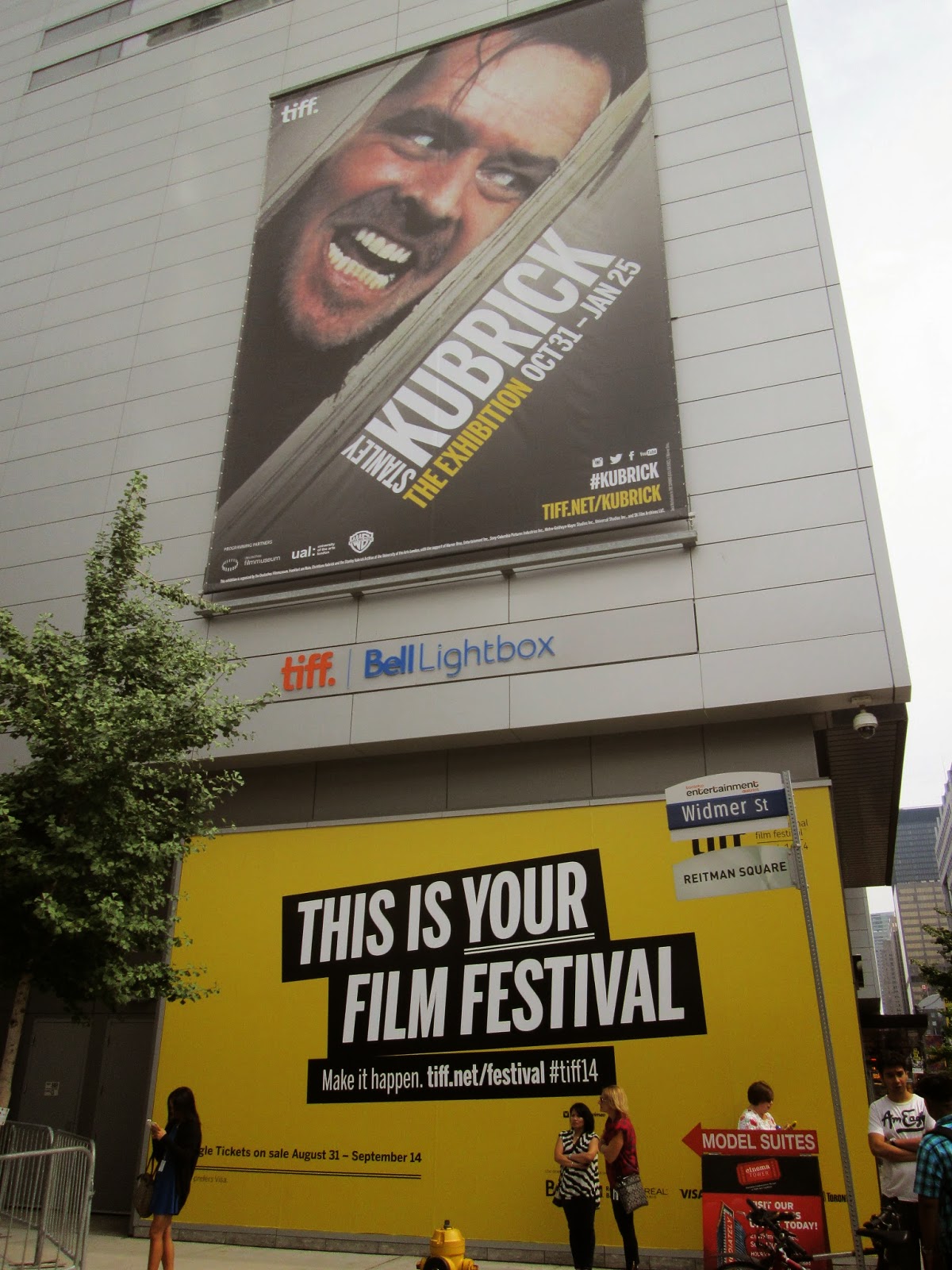 I've been attending TIFF every year since 2004 and each year I see changes and improvements when I arrive in Toronto each September. Some changes are good, and some not so good, but overall, I always love TIFF. I saw 14 films in the 7 days I was there. I have determined once and for all that Roy Thomson Hall is my least favorite screening venue, and The Princess of Wales is my favorite, with Ryerson a close second (because they don't allow food, ie. no stinking and loud crunching popcorn). However, I am getting quite concerned about the disturbingly high volume of blocked off 'reserved' seating for posh guests and sponsor companies. The volume of reserved seating is of great concern to me because they are the best seats in the house.

Thankfully for galas and special presentations, I have access to Priority tickets from my dear friend Glenn whom is a Patron member. Without these tickets, I would have to wait in the regular ticket holder line. And to be in the front of that line, one must sacrifice getting in line about 3-5 hours before the screening starts. That's a long time to wait in line just to ensure you nab and ideal seat. Subsequently, the mad scrambling that I had to endure at some screenings, especially the one for Nightcrawler on Friday night at the Elgin, was not fun. Not only was there an unprecedented thunderstorm that hit downtown Toronto at 7:30pm that evening, nearly 2,000 people were in line outside the theater to get inside. Worse yet, there was no protocol in place to allow people to go in early, and I now understand why. Dripping wet, once in the theater, I was shocked at how many reserved seats were blocked off on the main floor and in the balcony, center rows of course. Once I find my seat, I look at all the other people scrambling inside, desperately looking for a seat. The TIFF staff have to re-set up the theater after each screening to block off reserved seats. Some screenings require less reserved seating, others require many, many more. And it takes time to clean up the theater and block off seats. See for yourselves:

The hardworking TIFF volunteers protect the reserved seats to prevent commoner ticket holders from sitting in the section without a proper sponsor pass. The first 5 to 6 rows at the Elgin (above) and at the Princess of Wales are open for regular people, but alas, it helps having Priority access so that you can quickly claim those seats, especially if you want to be close to the Q&A action, and take pictures of the talent on stage. But don't forget to bring Tylenol with you, because you'll develop a kink in your neck surely. Like the one I'm nursing right now.  I'm nervous that in the future, more reserved seating areas will be blocked off, and that will leave very few seats for the general public to buy. If this happens, TIFF won't be for regular film goers anymore, and that would be a travesty! I believe that if so many reserved seats are in such demand, perhaps TIFF should just hold screenings for sponsors and their ilk and leave the regular festival goers with their own screening. So if you wonder why a hot screening goes 'OFF Sale' 1 minute after it goes on sale, that's because 60% of the seats are not available for public sale, and the remaining 40% is sold out nearly instantly.


Reese Witherspoon stars in this film about a troubled woman with a history of drug abuse and an out of control sex life who goes on a soul searching hiking journey through the Pacific Crest Trail to find herself and chase away her demons. Based on the bestselling book written by Cheryl Stayed, we see Reese in a different light - she's no goody two shoes and she's on display in ways we've never seen her. And she's really challenged in this role both physically, mentally, and emotionally. I really liked this film and as a semi-hiker, this film has inspired me to consider a hike on the PCT, but no way near 1K miles - a quarter of that would suffice. The TIFF screening had a Q&A with Cheryl Strayed, and Nick Hornby.


Maps to the Stars

In typical David Cronenberg fashion, this film has strange characters with psychological problems. Maybe not enough to be institutionalized, but otherwise functional damage people. The central character is played by Julieanne Moore as an aging and desperate actress who is eager for a prized role that her mother played in her youth. Cronenberg does a great job in highlighting a closer to the truth depiction of what goes on in the private lives of some celebrities. Behind the scenes she's a raving mess, popping pills, cocaine, sex parties, etc. But in public, she's poised and smiles for the camera. An incredibly insecure woman battling visions of her mother to remind her that she's past her prime. Other principle characters involve a young child actor who is a complete asshole brat and gives me the impression that this is how Justin Beiber must be. A spoiled, demanding, rude, asshole. But in a way, with parents that he has, and a mysterious sister Mia Wasikowska, it's easy to understand why the kid played by Evan Bird is the way he is. Because of my own fascination with Hollywood, this movie is quite entertaining, but with equal measures of discomfort. A lot of people walked out of the Roy Thomson Hall during the movie, and the film received an ok applause afterwards, but I thought it was very good. If you like Cronenberg, and if you're interested in seeing a depiction of what the demands of Hollywood can have on the mental stability of actresses and actors, then this is the film for you.

Xavier Dolan's Mommy is a story about a loud and foul mouth, single mother, Diane, and her troubled son, Steve, who is in obvious need of psychological intervention and behavioral management. His father died a few years earlier and as revealed in the film, the boy's temper and disruptive and unruly behavior spirals completely out of control. A new law allows a person to be admitted into a psych hospital for their own good. Initially Diane tries home schooling and even befriending a quite and shy neighbor to help her with Steve. Just as things appear to improve, they do not. Faced with a civil lawsuit for the harm that Steve did to a classmate, Di has to decide to get legal help, or do something drastic with the disturbed son she loves so much. Mommy is about a severely dysfunctional relationship between a woman and her son - she's his mommy, but they get on more like friends/enemies. The vulgar way he speaks to her as well as his oedipal feelings towards Diane leaves the viewer on edge as to what is going to happen to them in the long run because they cannot stay on this track forever. The music in the film is a bit loud, and each song runs its entire length, presenting a music video style during some scenes. One of my favorite scenes played Wonder Wall from Oasis and it was beautiful and fun to watch. A rare high point during this brilliantly made and acted film. Not for the faint of heart or those who experience domestic/family violence. 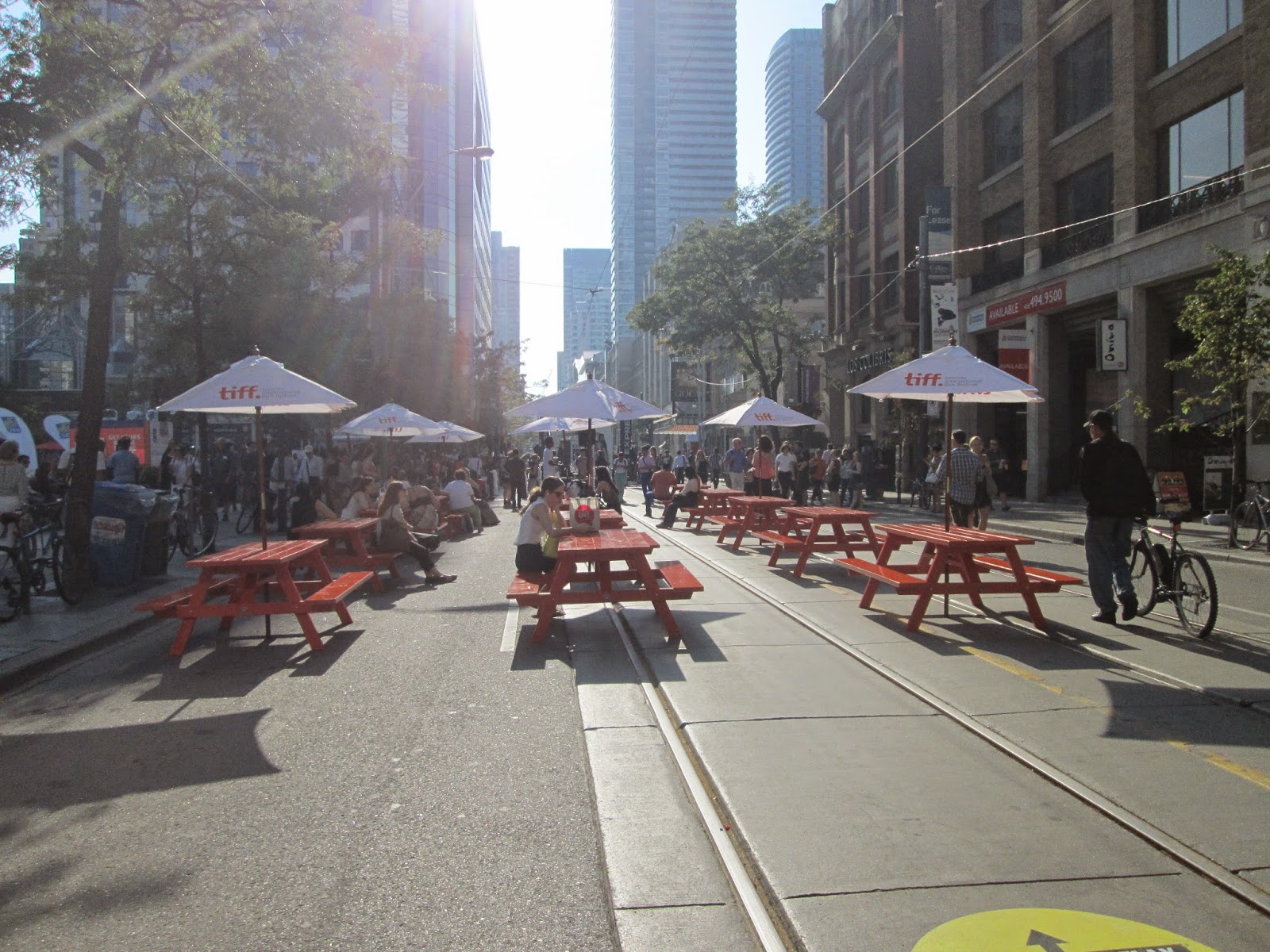 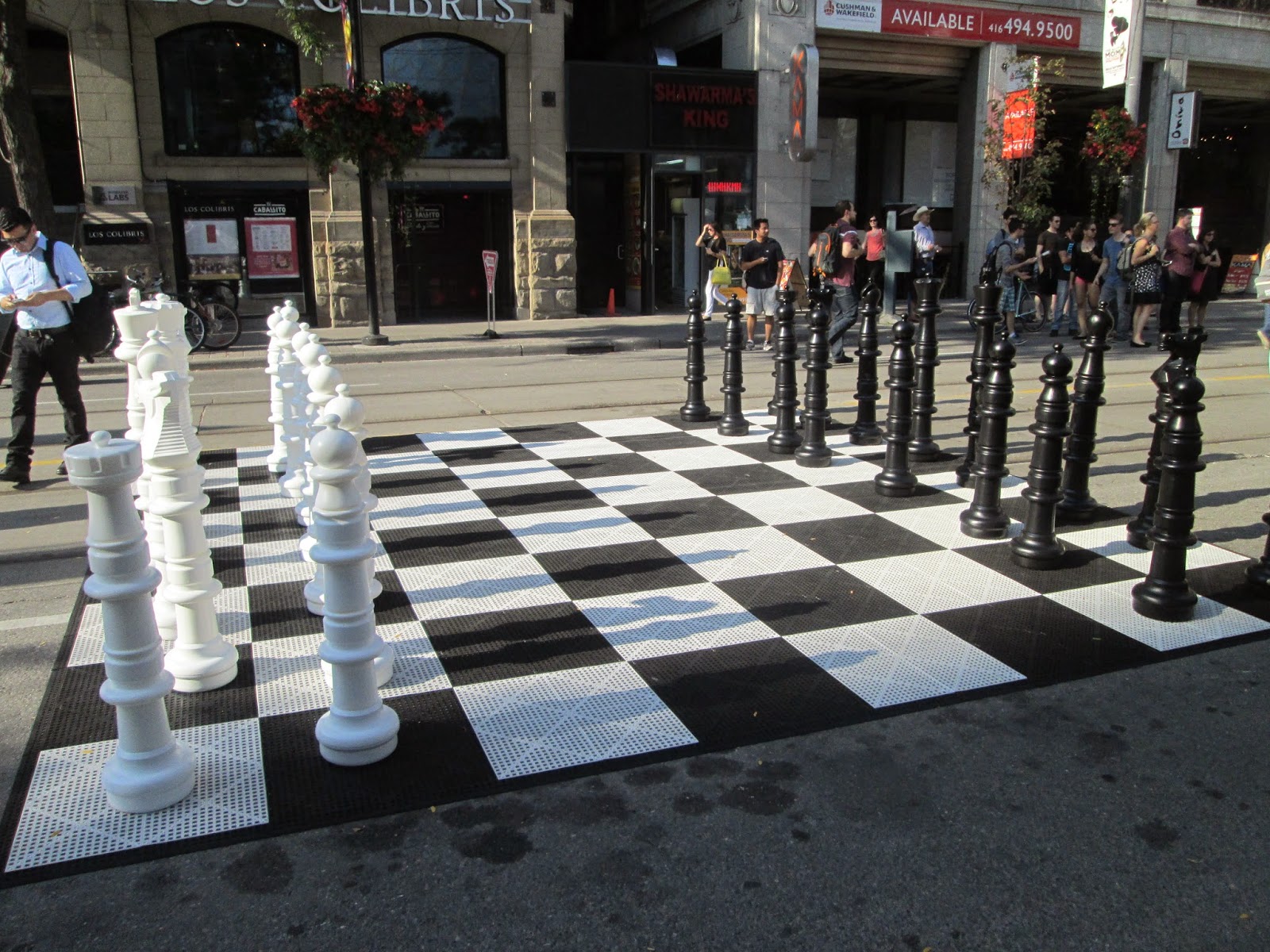 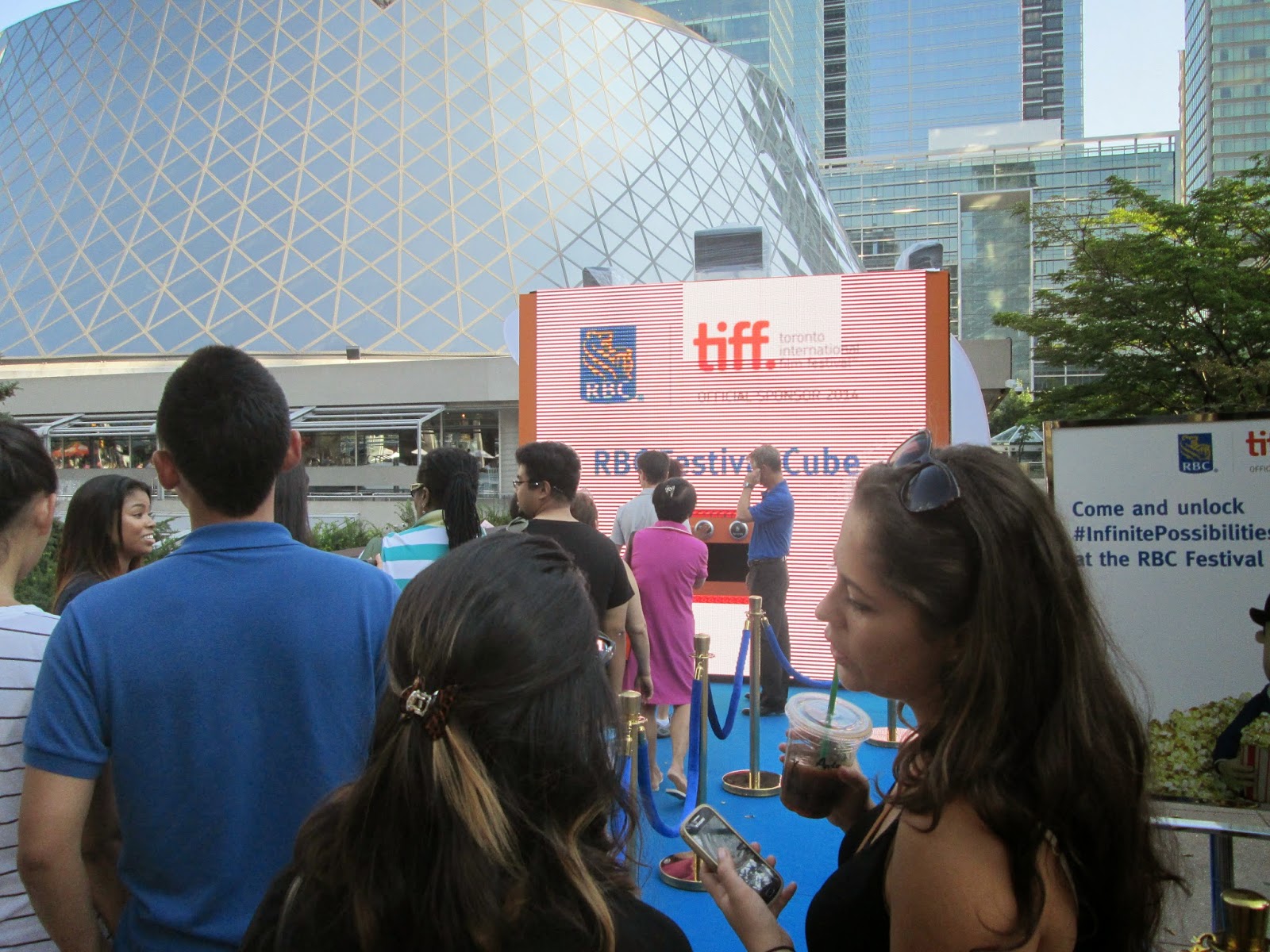 The Imitation Game will be featured in a separate article by itself.
Posted by Theatre of Zen at 9:47 PM