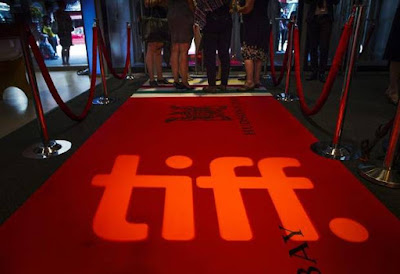 I'll be heading up to Toronto next week for my 12th TIFF in a row, and again, I'm ever indebted to my wonderful friend and TIFF host Glenn for making this all possible! While I was dismayed that Michael Fassbender's Steve Jobs was skipping TIFF, I have found many other films that will bid my time in Toronto well. My TIFFr schedule of the13 films I'll be seeing can be viewed at http://2015.tiffr.com/schedules/simonec!

This year I will drive my new car to Toronto, right after work, next Wednesday, 9 September. I want to avoid that crazy early day driving into Toronto that I would have encountered had I drove up there early Thursday morning. Also, it would make for a long day after driving 5 hours. Driving up the night before, I'll be in Toronto before 11pm, and I could go straight to bed and start my TIFF off fresh.

As per my film schedule, I'm looking forward to seeing Tom Hardy, Eddie Redmayne, Tom Hiddleston, Luke Evans, Nicholas Hoult at their film premieres. Although I decided not to watch Beasts of No Nation, I'll try to check out the red carpet arrivals so I can see Idris Elba and Cary Fukunaga in the flesh!

TIFF is getting more popular each year and we were shut out of several films this year, which is not cool at all, especially since my host is a patron member. Some of my TIFF friends are also experiencing difficulties in getting tickets to screenings they really want. But because we love the festival so much, we go through this each year and just deal with it. I'll being using my iPad for the first time at TIFF so I'll be able to update Instagram and Twitter more steadily this year.
Posted by Theatre of Zen at 2:24 PM

Email ThisBlogThis!Share to TwitterShare to FacebookShare to Pinterest
Labels: TIFF