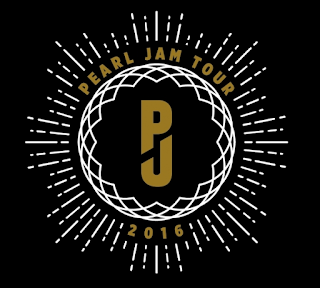 I have been a fan of Pearl Jam since 1991/1992, and I first saw them in concert at Crisler Arena in Ann Arbor, March 1994. My love for Pearl Jam has never wavered. Although I could not always travel far to see them, or had the money to see them back to back within driving distance, I have been able to see them approximately 25 times. Some of you may say, 'What? You saw PJ 25 times?' But trust me when I say that a lot of old timer hard core fans like me, are just much more hard corer and have deeper pockets, and more vacation days to travel and see the band anywhere in the world.

There were sad dry spots of several years where I was simply not able to go to PJ concerts, and it really hurt my morale. I was working poor broke and depressed and it was common sense to pay rent and buy food than travel to the East coast to see Pearl Jam. Meanwhile, many of my jamily friends had no financial problems and went to many shows. There were times when I had to scrape up the money for my annual membership, which in years past was 10 to 15, to 25, and now $40. But in recent years, I've been doing much better and I was able to see Pearl Jam in Toronto in 2011, then in Detroit 2014, and now in 2016, I'm going back East, to Philadelphia to see the best band in the world. It was important for me to win fan club lottery tickets to this leg of their 2016 North American tour because it's my last time living in the state of Michigan as a resident, that I can drive from home to the East coast to see the band. Back in 1997 to 2001 while living on the East coast, I was able to see PJ in Maryland, in New York at Madison Square Garden and at Jones Beach, and there's something really cool about seeing Pearl Jam in those crazy states. I've seen Pearl Jam in 2003 in Pittsburgh, so traveling a few hours further East to Philly will close out my mid-west/east coast living experience and enjoying 'local' PJ shows.

In the future, post-October 2016, I'll be in California, and I will have to fight the people out there for lottery fan club tickets. Meanwhile, as I'm currently in Michigan, only two cities were really feasible for me to attend: Philadelphia on April 29 (a Friday night show), or Toronto on May 10 (a Tuesday night show). Philly was my first choice and Toronto was second. I didn't bother with General Admission (GA) tickets because, and let's face it, there are a lot of tall and fat people in the world, and combine that with Pearl Jammers, the GA is not so much fun. I have the energy and stamina, but I'm short, petite, and I want to see and enjoy the show without some old frat boys all up in my shit - jamily or not, unless I'm in the front row of GA and wearing depends, the GA is over rated.

WHY this lottery? As a fan club member since 1996, I have a nice low member number. The lower your membership number, the higher you are on the seniority food chain. The lottery works by you selecting the shows you want to attend and ranking them from highest priority to the lowest. When the lottery begins, they randomly select people, and you may win the opportunity to simply and comfortably purchase premium fan club seats without all the hand wringing and refreshing your browser on Ticketbastard on sale day. I wanted to go to Philly so bad that I put the wheels in motion to just GO there, some way, some how. Last week I booked a hotel within walking distance of the Wells Fargo Center, the Courtyard Marriott Philadelphia South at The Navy Yard. I just checked at Booking.com, and the hotel is now all sold out the night I'll be there. I'm sure Pearl Jam fans are staying at that place.

I'm just so damn happy and relieved. I could only afford to go to one show, and taking a Friday off from work is all I can afford to do, so this is perfect. I'm grateful to the 10 Club and Pearl Jam for making this happen, it's a great way to close out my time here in Michigan by being able to drive to an East Coast PJ show this spring!
Posted by Theatre of Zen at 7:00 PM