Acclimating to Life in LA

I've almost completed three weeks of working in Los Angeles, and five weeks living here. There is still so much to see, learn, and participate it that it's going to take me the next 50 years of my life to experience all the opportunities available. But for now, I'm dealing with the 1.5 hours of commute to get to work in the morning, and almost 2 hours of getting home. But you know what, as much as it sucks, this is what I signed up for, and I'm dealing with it. I  have my ipod and CDs and I'm going with the flow of traffic. However, all that time spent in the car does add up and take a toll on the body, mind and spirit, and I have the perfect solutions to remedy that: Yoga and spa treatments.

Firstly, two weeks ago, I signed up for free classes during a ten day trial period with Yoga House in Pasadena. It's a lovely, bright zen yoga studio that I immediately embraced. After my trial period was up, I purchased the 5 class pass which I will use on Saturdays. The yoga stretches really help realign my body from the 15+ hours of sitting in a car all week, and my body appreciates it. Secondly, today, I'm treating myself to a pedicure at Jardin De Nails in Beverly Hills. I purchased a Groupon for a Deluxe Spa Gel Pedicure and I'm going there today after work. I prefer pedicures over manicures because I love doing my own nails. But when it comes to pedicures, it's a beautiful mini spa session that I trust the pedicurist to not only do my nails perfectly, but also take care of my feet from all the rough spots.

And that's not all! Starting in December, I will enroll into a membership at the Larchmont Sanctuary Spa, in LA. With this membership - which has three different levels and different treatments - I will enroll in the option that allows me to have either a 60 minute Swedish massage or 60 minute organic facial, and 20 mins of a hydrotherapy bath in a copper tub. Sold! The name of this spa reminds me of my beloved but now defunct Sanctuary Spa in London which closed down in 2013. So I will look forward to this regular monthly day spa visit. My aim is to try to book my first reservation on Christmas Eve because I'm not flying home for Christmas and this will be my gift to myself. A fun way to celebrate my successful relocation to California and close out the year in control of my life!

Posted by Theatre of Zen at 5:00 AM No comments: 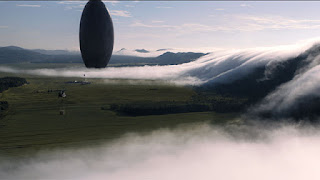 Arrival arrived in theaters at the perfect time, just days after the most unbelievable 2016 Presidential election ended so horrendously. My love for the space epic and aliens genre helped me escape from reality if just for a couple of hours. I have often told people that probably the only thing that would bring all of humanity together is an alien invasion from another planet, and I think I may be right on that because director Denis Villeneuve apparently thinks the same way. Arrival touches on that, but on a much more cerebral and mysterious way.

One day, over a dozen locations around the planet, gigantic black oblong space crafts appear in the sky. The world is shocked and scared, and governments around the world instruct people to stay in their homes while they mobilize the military. Dr. Louise Banks, played by Amy Adams, is a linguist sought out by the US government to translate communications with the aliens. She is joined by Ian Donnelly played by Jeremy Renner, a theoretical scientist. Soon after Louise meets the aliens, and they communicate with her, she begins to experience strange things related to her past in which she still mourns about. The past is also interlaced with events that have yet come to pass, and she soon comes to understand that the stressful act of communicating with the aliens has changed her mental perception of time. 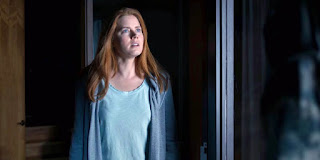 With the military getting itchy fingers to hurt the aliens before they harm humans, Louise is the only person on Earth who can figure out what they want and help both them and mankind. Arrival has elements of 2001 Space Odyssey and Intergalatic, and can be slow paced at times, but this is really a great film that comes at a good time. Arrival serves as a lesson that we have work together to solve complex problems that affects us all.  Just because you don't understand something or someone due to extreme language barriers - patience, compassion, and a very open mind will assuage any concerns and save both interests.
Posted by Theatre of Zen at 12:22 AM No comments: 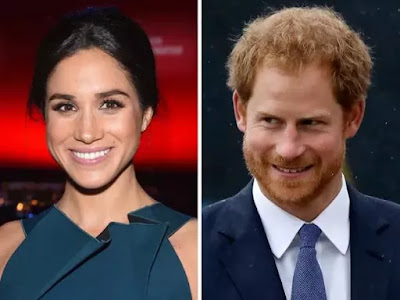 As much as I like the British Royals, I don't write about them, I just tweet stuff about them every so often, especially when it comes to Will and Kate. I have always liked both William and Harry, and as an American who loves things British, including admiring from afar, the monarchy (although I'm so glad we don't have a monarchy in the US), they are just an interesting bunch of people. Well, since this past weekend, it has been announced that Prince Harry has a new girlfriend and he's seeing the American actress, Meghan Markle, who stars in the show Suits, which is filmed in Toronto. I'm particularly excited about this relationship because Meghan is completely unlike any of Harry's other girlfriends. Meghan is American, she's a graduate of Northwestern University (very smart), a Women's Advocate for the United Nations, she has a lifestyle and beauty blog that I follow on Instagram called The Tig, she has a clothing line sold at Reitman's, a Canadian store featuring a capsule collection of clothes based on her Suits character, and she's bi-racial, a black mother and a white father. The usual suspects are shocked about the news and doubt it's anything more than a temporary girl until he finds a more 'proper' girlfriend to become his wife/princess. But I believe they are in for quite a surprise. Harry has been single for far too long and at 32, older than when his brother married Kate five years ago... it's time for him to settle down especially while the queen is still alive.

Well, as each day passes, it's becoming clear that Meghan is more than just a friendly acquaintance to Prince Harry (even though no pictures of the two of them have been released). But due to the world wide coverage about her apparently dating him for the past several months, today we see pics of her now surrounded with bodyguards while she's still based in Toronto filming her TV show. I took a look at her collection at Reitman's, and as timing would have it, I'm in dire need of a nice blouse for a Thanksgiving dinner party I will be attending in Beverly Hills, so, I purchased The Shirt from Meghan's Collection. You know that Reitman's is loving the media attention Meghan has received this week and this selection designed by Meghan will sell out in due time. I do love how much of a bargain the US dollar is in Canada.

I look forward to continued coverage about Meghan and Harry and I hope for his sake, she's the one and that they are happy.