Changing of the Guard... for the Worse! 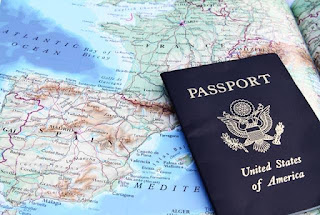 Next week, President Obama will not be the president anymore. Instead, a complete feeble minded, narcissistic, vile, greedy, sexist, ignorant old fool, who permitted the Russian mafia, lead by Putin who is afraid of Hillary, to help him "win" the election, will become president to THOSE who voted for him. I did not vote for him, and neither did the majority of voters, all 65 million of them, who voted for Hillary Clinton. I will not taint this blog with his name, a name I won't even capitalize or write in reverence. He's an anomaly that I hope is impeached soon and have the karmic forces give him severe whiplash. I'm proud to say that I have no friends who voted for him, I don't associate with people like that.

If you have a passport, make sure it's not expired or expiring very soon, otherwise, get it renewed asap. I have a nightmarish thought that many of us Americans who did not vote for this idiot, will need their passport and will book a one way flight to another country (or drive to Canada).

Good luck America, we'll be needing it! And to those of you who voted for him, you deserve every single bad policy he implements to affect you!