Quick Film Review: The Lighthouse (B+)

Loners with troubled pasts are secluded at #TheLighthouse rock on 4 week shifts. Sinister seagulls, too much alcohol, and mermaids complete psychotic breakdowns. Dafoe and Pattinson are a tag team you don't want to be a part of. Eggers' black and white film is a crazy trip. B+ pic.twitter.com/1p4nOO6ZbV

I attended the Q&A for The Lighthouse at The Landmark in LA, and was in the second row. Overall, I was very intrigued by the film, it was a crazy mind trip and the black and white film gave it a more claustrophic, isolating feel to the film. Listening to director Robert Eggers, and actors Willem Dafoe and Robert Pattinson discuss the film making process, helped me to better understand the mystical elements that were incorporated into the story, and the great attention to detail that was given to make the set and props more authentic. The Lighthouse is a film that needs to be seen several times to truly appreciate it. I would like to see it again as it's one of those films that's like a bottle of fine wine - you need to give it space and time to "breathe" to fully enjoy it. Willem Dafoe, as usual, was brilliant, but The Lighthouse was Robert Pattinson's time to shine and showcase that he's a serious actor whose work we can enjoy well outside from his breakout role in the Twilight franchise. 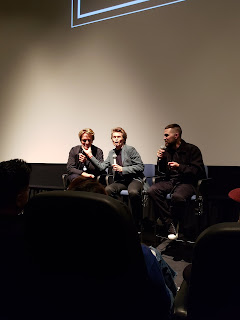 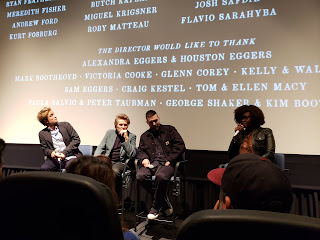 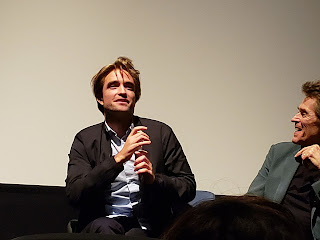 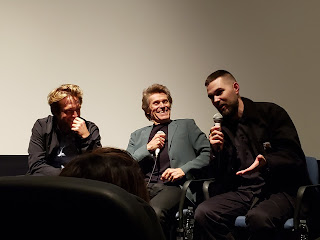