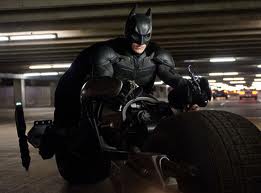 When I wrote my review Saturday morning, I steered clear of mentioning the events of Aurora and the deranged shooter, as I wanted to focus on the achievements of a film which concluded a seven-year era of a trilogy. Now that it's Monday, it is time to review a few other aspects surrounding this film. As a cinephile, not only am I very interested in the films per se, but I also monitor how well they do at the box office, domestic and foreign, and discuss their Oscar nomination chances. Late Friday, it was announced by Warner Brothers that out of respect to the victims, they would not publish box office information for the weekend, and many of us agree and understand that sentiment. However, predictions and box office receipt reports have been posted on various film sites and it appears that the shooting had a significant impact on the box office for The Dark Knight Rises. I predicted a $188 million weekend, and that was a little soft compared to other enthusiastic predictions which went as high as $214 million. Although the official box office will not be confirmed until later today Monday, so far projections, as per Dateline, are at around $161 million domestic.

Update 6pm: Warner Bros. reports that The Dark Knight Rises earned $160,887,295 in its opening weekend — making it the biggest 2D opener in history, besting the 2008 The Dark Knight which earned $158.5 million - Source: Hollywood.com).

While that figure is nothing to dismiss, it is apparent that based on reports of theaters being half-full, the strong presence of police at many theaters (which can turn off or scare people away even more), and the fear of a copy-cat, people stayed away from The Dark Knight Rises this weekend. I'm glad I went to my theater on Friday night and saw a fantastic film. It was sold out, and there was notable police/security presence, and people at my showing were respectful and excited about the film. But we all surely had Aurora, CO on our minds.

The real litmus test for DKR is to see if people will go see it during the week, and importantly, next weekend as a full week would have passed to distance film goers from July 20. All the Batman films did really well at the box office, but with this one in particular being the final one featuring Christian Bale as Bruce Wayne/Batman, and director Christopher Nolan, I can't imagine true fans denying themselves the treat of seeing this film on screen, especially in IMAX. I know I will see it again in the next week or two because I really enjoyed it, and I've seen the previous films twice at the theater too.

"There will be a dark shadow hanging over this (trilogy) for as long as people remember the massacre," says Scott Mantz, film producer and critic for Access Hollywood. "And people aren't going to forget."

The deaths aren't likely to diminish reverence for the trilogy among fans and critics, Mantz says. "But there's always going to be some sadness associated with it, because it's the first (mass shooting) of its kind. The worst imaginable thing that could have happened to Chris Nolan and Batman happened this weekend. I'm not sure how you overcome that."

The true test of the aftermath comes next weekend, "when we'll see if fans still want to buy tickets," says Jeff Bock, box-office analyst for ticket-tracking firm Exhibitor Relations. "This is the first time we'll know if they're as deeply disturbed by all this as the industry." - USA Today.com

So as you can see from Scott Mantz' point of view, there is a gigantic obstacle for DKR and Warner Brothers to overcome to get the general public interested in going to the theater to see this movie. I know that Warner Bros, the producers of DKR, and Mr. Nolan are just gutted by the shootings, and they are probably wondering 'why our film?' (why at all for that matter?). Well, as per the latest reports about the shooter, the lunatic fancied the Batman movies and had some Batman related paraphernalia at his bomb booby trapped apartment dwelling. Geez, even writing about this loser gives me the creeps!

I have a feeling that DKR will make up for the box office losses with tremendous interest in the Blu-ray/DVD, which will most likely go on sale just in time for the holidays, and for Oscar consideration (more on this topic later).

A new poll will be posted to gauge reader's interest in seeing DKR. If you haven't seen it yet, but want to, will you?