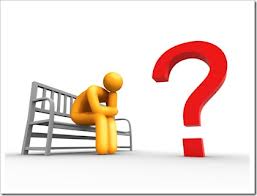 Last night America re-elected Barack Obama, and I am not shocked. I had a gut feeling that it would go the other way, but I am not surprised that America decided to stay on the same path. What is that path? A little progress with big fuck ups, same old same old politics, and a severely polarized country that will take decades, if ever, to recover. As I have made very clear previously, I have never voted for a Republican for president, and I did not this time. And because I am very disappointed in the Democrats and I see them as the political game players and bastards that the Republicans have shown to be at times, I did not vote for the Democratic party. However, unlike most people, I did not chide those who opted to vote for Obama, nor did I attack those who supported Romney. The hateful tweets that I have read from people I follow on twitter in the past month, have been embarrassing to read, and it pretty much represents their true nature when they are scared or feel like bullying others. Maybe they are really mean spirited in nature... or, maybe just politics mindfuck them to the point of insanity, and once the election is over, they are decent again.

I guess what I want to reflect upon is just how sad this entire political drama has played out, and how the American populace, those who voted and strongly expressed their support and views, are simple sheep chess pieces in this game. When I stood in line to vote just 24-hours ago, I saw something that summed up the past four years, and foretold the next four years. I saw an older gentleman pass by me to get in line wearing his coat open, in 25 degree weather, to show off his t-shirt which had, 'Old White Guy Voting for Obama'. This race, the entire four years of Obama, and the election has been heavily focused on race, the color of one's skin. Who gives a flying fuck if you're white, brown, yellow, or purple... you just vote and support the person you believe in. But no, in the 2008 election and in this year's election, people have had to use race to justify their support for Obama, to prove they are not racist, and/or to attack others who don't support Obama. Never has this country experienced two elections like this. And as a black female, that greatly concerns me and it does not bode well for this country in the year 2012. It says a lot about our lack of maturity as a civilized nation, and a country that should have been more socially developed and prepared to embrace a female or person of any color as president, without having to resort to racial attacks and criticism.

America has spoke and they re-elected the current agenda for four more years. They want and expect change, but really, from the sidelines I'm standing along, I see the same shit, and it's too bad that the race card, out of pride our guilt, has made these past two elections so pathetic and polarizing. The only HOPE I have is that we can heal now... but I think it will take many, many years for us to move on from this divided point.
Posted by Theatre of Zen at 7:01 AM

Email ThisBlogThis!Share to TwitterShare to FacebookShare to Pinterest
Labels: commentary, politics, US election 2012