I Can Breathe a Little Now 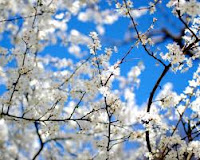 It's Springtime!! Last week I received my grades for Winter semester Grad school, and I'm happy to report that I maintained my 4.0 GPA!!! I'm 86% complete and I cannot believe it. All those years where I feared going back to school due to the commitment of time and discipline, as well as the costs, I'm surprising myself at how well I am doing. In grad school, one must maintain at least a 3.0 GPA in order to receive a Master's degree. I knew that bare minimum would be no problem, but because I hold myself up to high standards, I pursued the highest scores, and I have made my goal. This semester was tough yet again, but I made it!

And this is why I am treating myself to London and Paris in less than a month! Just last week, I finally bought my plane ticket. But I got a little screwed over again for the second year in a row by Delta. Last year I missed the lowest price ticket by a day, and had to pay the highest fee for non-stop round trip. Which is a posh plane ride - Detroit to London in just over 8 hours. But this year, I watched the ticket price DAILY for nearly two months, only to get to the point where the ticket went up $50 which lead me to do some investigating. As I came to realize, all the seats were sold out in economy at the $1501 cost. WTF? Just a couple weeks earlier, about 35% of the seats were still available. But in those couple weeks, I guess a lot more people from the Detroit area have deep pockets and they all want to go to London! So I was priced out of economy - sure, business was available as well as a few first class seats, for $6k. Please! 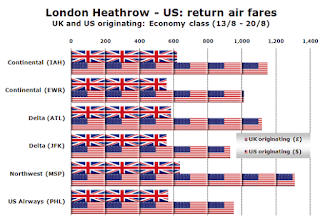 Delta, the major hub for Detroit Metro, can charge outrageous prices out of Detroit because they are the ONLY airliner that offers non-stop flights to London. No competition = high fares. So I went to Expedia.com and started looking for 1-stop flights. Dammit - I haven't had a 1-stop to London since 1994. I found a 1-stop with US Airways out of Philadelphia for $1321. This isn't so bad after all because I was very concerned about flights taking me West first, like to Chicago, that is just stupid. So going slightly Southeast first, lay over for 1.5 hours, and then hop on another plane straight for London. The bonuses received going this route is that a) I leave Philly still 2 hours earlier than the Delta Detroit to London flight, allowing me to arrive at 10am instead of noon, b) I save $200 (On the return flight, I have to go through Charlotte, NC). Also, I look at it this way, when I get on the plane to Philly, I'm on vacation, so an earlier start on my vacation is even better! So Delta lost me on this trip, and USAirways gained a new passenger. And I even signed up for their frequent flyer program. If Delta is going to play the pricing game with me on a route that I practically take yearly, then I will shop around for a competitor who will still get me to my destination earlier while allowing me to save money, and use those monies to buy other things to help me with my holiday planning. The only thing left for me to do is reserve my shuttle to pick me up at my apartment and drop me off at the airport, round trip. Because I'll be gone for 10 days, it's easier to just do the shuttle instead of leaving my car at an expensive long term ride and park airport parking lot. And I save money on that too. I have never flow on US Airways so I am looking forward to this trip. If it's as seemless as I anticipate, I may use this in the future just for the savings.

I've been doing some shopping to prepare for the trip and I think I'm pretty much done. In all, I've probably spent around $400 in stuff to get me ready for my time in London and Paris. The largest item was an appropriately brand name item large suitcase by - London Fog - it is the 180 degree spinner wheel suitcase. Because I'll be away for 10 days, I need the space. I will surely be bringing back stuff, so I need the room to spare. And since this is International flying, check baggage is free, so I have no issues with that. I have a nice bag to use for carry-on too. The other stuff I have bought have been clothes, shoes, accessories. Stuff that will make me feel good while I'm on holiday. And this past Saturday, I went to Macy's to buy some Capri's and a basic black top. And then I remembered that the new Nordstrom Rack opened up on April 18th, so I finally had a chance to go there, and it was busy, busy, busy! I walked in there and I was immediately impressed. I browsed through the 'Active/Yoga' section, and dammit if they didn't have the very yoga pants and yoga top that I really, desperately, oh so very much, NEEDED! There goes $30. Their prices are just fabulous. Now there are still some pricey stuff in there, but for the most part, it's a store that I know I will get into trouble with if I go there often. The horrible thing is that the store is in walking distance too... so it's right there, to entice me!

In any event, I'm looking forward to meeting four new friends in the coming month and they are all people that I have befriended through my Fassinating Fassbender community. I'll be meeting one girl in Royal Oak on the 18th, and I'll be meeting one in London, and two in Paris on separate days. What an amazing way to top off months of studying and sacrificing all that time by not doing anything else.
Posted by Theatre of Zen at 3:12 PM