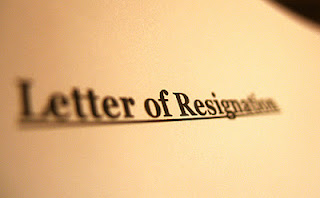 The time has finally arrived! I have accepted a job offer, a great career opportunity, not just a "job" per se. It's more than having a job to pay the bills and live, for me, my new job is a huge step up the professional ladder and I'm so excited, thrilled, and happy! The past 10 days has been one ongoing nightmare of bullshit at my current job. Unprecedented levels of bullshit has occurred there in recent months and at this time in my life, I just didn't think I could take anymore. Since I could not find new employment at the beginning of the year, I figured I would lay low and just focus on Winter term at school and plan my spring European vacation (more on that later). In the back of my mind, I had planned to leave my current job sometime after my trip, and thank God that plan came to fruition.

Without going into details and public whining about the work I do at the present, allow me to just say that I was overworked, underpaid, and seriously under appreciated. As a contract worker, I was at their mercy and I just did the work. Deep down inside, it was eating me up because I know I'm better than this and I need to find something else soon. I came across my current job via the job ads at www.indeed.com in mid April. I submitted my resume, and about two weeks later, I get a call for a phone interview in early May. After the phone interview, I was invited for a face to face interview with three people. These type of group interviews can be intimidating, but all the ladies were nice and lovely. This second interview went so well, after I left, I got a call from them just over an hour later asking me to come back for a third interview. Wow! What a fantastic way to start off my vacation because this interview was the day before I took off for my holiday. They knew I was going out of town and asked if June 19th was a good time to come back. They wanted to give me breathing space to get back and sorted after a long vacation. And like I mentioned earlier, my first day back at the hell hole place was horrible. I literally was in three countries in the span of 48 hours by Monday morning and I felt like I was in the twilight zone of disbelief by 8:15, on June 10!

The post-vacation high was completely demolished by 9:00 am that Monday back at work and I was ruined for the rest of that week. I was so pissed off at one point, that I TOLD myself that next week would be my final week here. However, I needed to be smart, not emotional, so I also had another backup plan with the temp office to hook me up with something else for the interim. Meanwhile, I had an assessment to take for the interviewing company which took 5 hours of my time on Sunday. I felt empowered while working on it and knew that I had knocked it out of the park. My gut told me that the job was mine, but, I still needed to go to the 3rd interview and impress them. Shit hit the fan earlier this week which made me solidify a quit date to be Friday of this week. But low and behold, after my interview ended, I was offered the job. I have never experienced anything like that before. It was surreal, I'm still surprised that I held it together and did not jump up and down like I was on The Price is Right! In London, I had a sitting with a Tarot Card reader at the College of Psychic Studies and she showed me two money cards that came out from the deck. She said I was going to get a new job soon and earn a lot more money. Yes, she was right! I start my new job on Monday, July 1st. 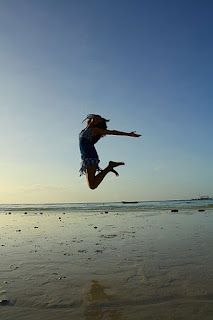 So since yesterday afternoon, I have been on my own private cloud nine in knowing that my days are numbered at where I work right now. I have received the official offer letter today, which is contingent upon me passing the background and drug screening, which I will certainly pass. What I plan to do is hand in my resignation on Monday morning with a quit date of Wednesday. That way I can finish off some financial paperwork with expenses and ordering lab supplies. Anything beyond what I cannot accomplish is their problem. If they give me shit about quitting, I'll quit on that very day! What's important to note is that I deliberately want to have next Thursday and Friday off for me as vacation days. I need those days to make up for the fuckery that really upset me last Monday and Tuesday, so soon after returning back to home from overseas. I need this time to decompress, relax, and enjoy life a little bit with no drama. I want to be clear and free of my soon to be former job and get on with life. As a temp, they are lucky I'm giving them three days, very lucky. 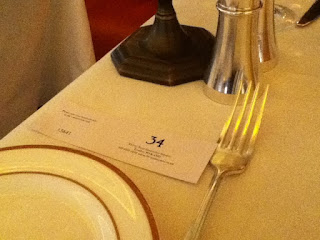 Due to the workplace issues, I was not able to be in the frame of mind to share with you about my vacation. In short, I had an awesome time!!! I love London and enjoyed it even more by spending time with a friend I met online, Marjan. She's really cool and we enjoyed each other's company on the Friday and Saturday, and Sunday morning before we parted ways. We ate at a posh restaurant, and visited a very hip suburb of London. I look forward to hooking up with Marjan again, and now that I got a new job, I can afford to travel to Amsterdam in the near future to meet up with her. :-)

After London, I took the Eurostar to Paris. My first few moments in Paris was chaotic, but I got it sorted out when a taxi service guy offered to walk me to my hotel since it was only a 5 minute walk from Gare Du Nord instead of hailing a taxi which would have ripped me off. I stayed at Hotel Le Rocroy and it was nicer than I anticipated, and much larger that London hotels of my price range. I really like Paris and I need to visit again to see more of it, especially at nighttime. My friend Ann, who lives in Paris, made my experience in Paris more enjoyable due to her being my tour guide. And today is her birthday! xoxo

I loved the Louvre but surprisingly, loved the Musee d'Orsay even more! The Eiffel tower was marvelous, and Arc de Triomphe was spectacular - but it nearly killed me with those long windy stairs, and I'm in shape! LOL! 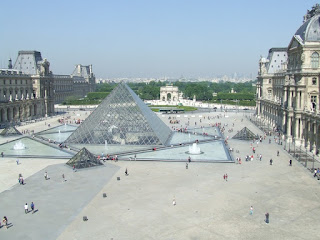 Then I returned to London for one more night and met up with an old friend. Well, now I know why the old adage says, 'Friends and politics don't mix'. My friend brought up the topic of the Woolwich murder and asked my opinion. I told her how tragic it was and I felt sorry for the soldier and his family, and detest the murderers and hope they are made examples of. Well, my friend's opinion differed from mine, and in all honesty, I was so taken aback and offended by her comments that it destroyed the rest of my evening with her. I was still civil and pleasant, but it was feigned and I knew in the back of my mind that her cynical and blunt attitude just was not my cup of tea. Once we parted ways with a hug at the end of the night, I knew that would be the last time I would see my friend. I wish her well, but this was the final straw as she has said many things during our political conversations over the years that I did not agree with. Life is too short and although I greatly value differing opinions, there are some boundaries that once crossed, it's just not fun anymore. I'm moving on. In this trip, I hooked up with a good dear friend, made two new friends, and will cut off ties with one friend.

It's all good and I'm finally in a good place now that I'm back in the driver's seat of my life again! And I tell you one thing, I probably wouldn't be where I am now if I hadn't made the decision to go back to school for my Master's degree. It's costs a lot of money, and a lot of blood, sweat, tears, sleepless nights, and no social life, but it's something that gave me the leg up in my new career opportunity. So if you're deciding about going back to college, follow your gut and just do it!
Posted by Theatre of Zen at 9:27 PM