Me and Netflix are BFFs Again!

While I'm sitting on pins and needles awaiting word from TIFF's accreditation department, I signed up again with Netflix after a year and a half separation. Previously, I got so tired of bad streaming problems, and waiting for weeks on end for a popular DVD, I just up and quit Netflix in early 2012. Eventually I would go back to them, but I needed a break. And last September, I bought a blu-ray player for my birthday, and it has an internet feature on it which would allow me to stream Netflix videos via my TV. Finally, just this past weekend, I noticed that Netflix has a one month free membership trial - so I figured now was the perfect time to test my blu-ray. And you know what, it works brilliantly!

I don't watch TV, I just use the TV to watch DVDs on it, but now with Netflix, I am able to pick and choose my own programming in a way that cable does not PERMIT (i.e, a la carte) the consumer the option of - choosing what to watch and paying just for that. I will never go back to cable, especially now that Netflix ironed out some much talked about issues. So now I will get up to speed on The Walking Dead, Dexter and True Blood, and many other films. I will get DVDs as well, and my first one arrived today : Despicable Me. Yea I know, it's an animation, but I hear that Despicable Me 2 is very, very funny so I want to see the first one. 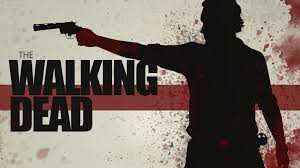 I'm very happy with my new Netflix arrangement, and it's so cool to watch the entire Season II of The Walking Dead over a span of several days instead of weeks. I will start Season III immediately afterwards, dang, it's not available yet.
Posted by Theatre of Zen at 7:43 PM

Email ThisBlogThis!Share to TwitterShare to FacebookShare to Pinterest
Labels: Netflix, The Walking Dead