Amsterdam Trip as a Graduation Gift! 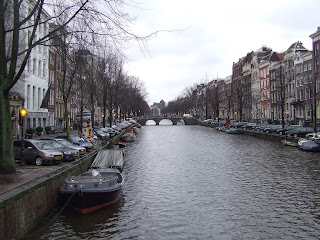 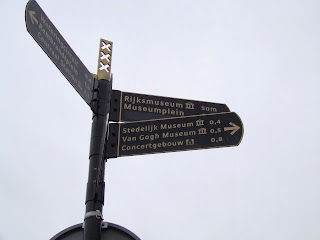 Happy New Year and thank you for your patience while the ToZ blog was on hiatus as I finalized my final semester of Grad school studies. I hope you like the slight template changes here. Back in October, I realized that my plate was just too full and I could not devote a fair amount of time updating this blog. So it was just best to post a notice that the blog would be on hiatus until after graduation. As I have mentioned all the while, grad school was very demanding, and I was able to graduate on December 21st with a 4.0 GPA! So it makes it all the more worthwhile that I treated myself to 5 days in Amsterdam.

The city was fantastic and has fantastic museums and great shopping! In fact, the new banner photo is from a lamp store in Amsterdam. I came very close to buying an exquisite tealight holder that was made of a similar style and material as the lights in the picture, but I could not squeeze one more thing into my suitcase. I visited the Anne Frank museum, the Van Gogh museum, the Rijksmuseum, and even the Marijuana and Hemp museum. The famous coffeeshops are practically at every corner, and I came to enjoy visiting one of them called the Utopia Coffeeshop. Let's just say that it lived up to its name. I tell you this, America could learn a hell of a lot from Amsterdam, the Capital of Liberalism and Happy people. America is not the greatest country on Earth, not by a long shot, but it's my home, and I love it, but we have some serious ills going on here, and that's why I enjoy traveling overseas so much.

Please check out the first batch of my pictures from Amsterdam at my flickr page. I will update a second set later today. Now that I have graduated from grad school, I can enjoy life a bit more by getting back into more pleasurable forms of reading, and watching movies again. Which by the way, since it's Oscar time, I need to catch up on some films so that I can join in on the debates about which film and which performances should get nominations and actually go on to win.

If you're in the mid-west and east coast sections of the country, you're dealing with a persistent snow storm just like we are here in Michigan right now. We're expecting to get 8-10 inches of the white stuff and it's foolish to even think about going outside in this mess. So stay in, stay warm, and review my 200+ pictures from Amsterdam - one of the coolest, safest cities on the planet!
Posted by Theatre of Zen at 1:32 PM

Email ThisBlogThis!Share to TwitterShare to FacebookShare to Pinterest
Labels: Amsterdam