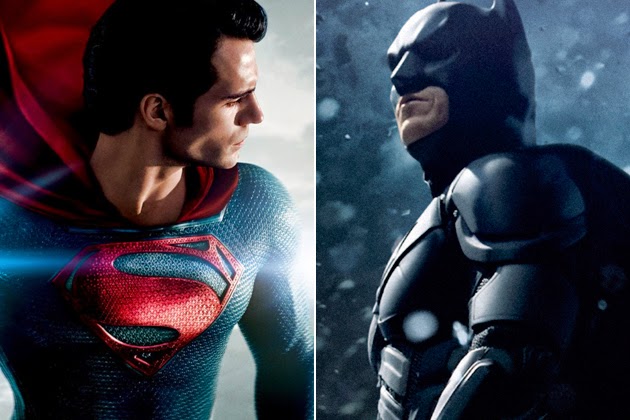 The moment I have been waiting for has been announced! There will be a casting call for extras for an, ahem, unknown block bustery type film by Warner Brothers this Sunday in Troy, MI. This is totally for the new Superman/Batman movie and I want to be in it, even if I'm in a scene with 30 other extras, I want to be a part of this adventure. This will be my first time part of a major film casting call, so I think it will be very busy, and crowded, but a fun experience none the less. I'll go early to find a parking spot, as they frown upon people lining up too early. Wish me luck!

Now some of you may know me to be a level headed semi-intelligent person, right? Well I do too. I have always known about this thing referred to as The Secret, and I have just been too busy and angsty and dealing with all my own issues to investigate it further. However, I had an epiphany of sorts and as the universe would have it (pun intended), I have dived head first into learning more about The Secret, and what I've learned in these past few days have been enlightening. I have to preface what I'm about to write to clarify that one must be a completely open-minded individual to continue reading what I'm about to share. The world is filled with so many negative, cynical people, and this is not for them. I have always been more of a spiritual/enlightened person more than religious per se, and to be completely honest, the basics of The Secret, are really no secret at all. 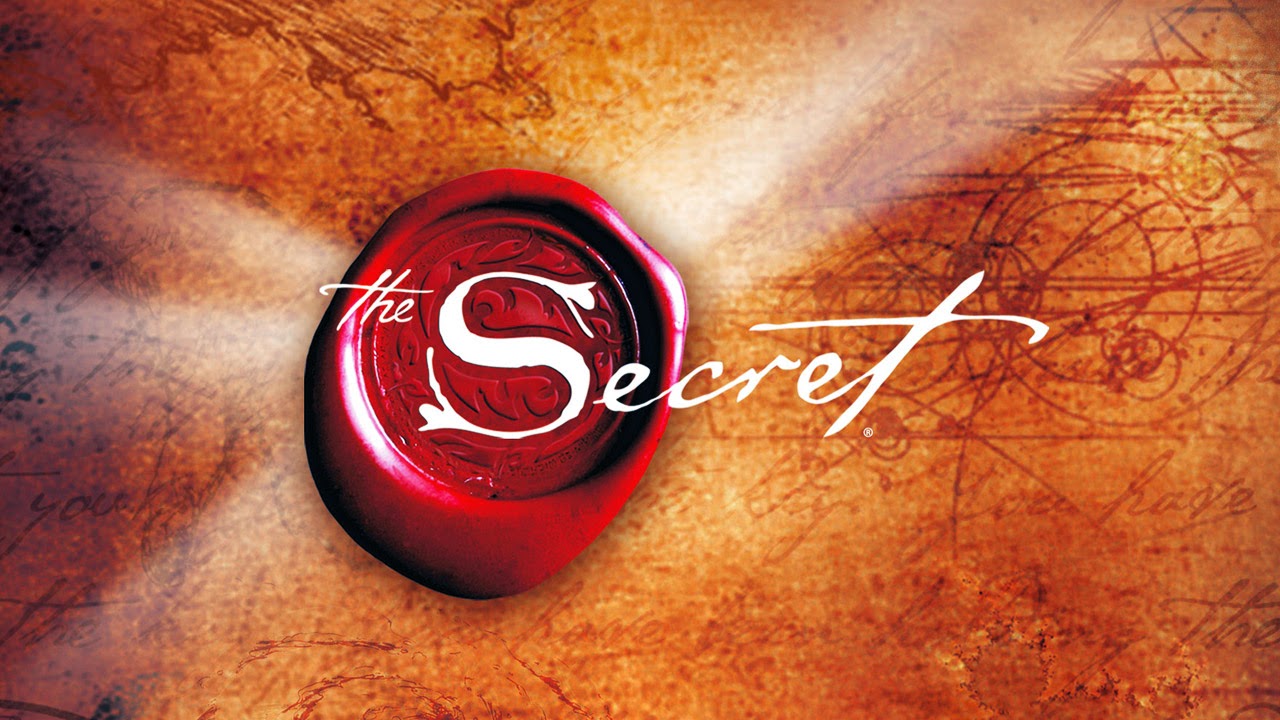 I have mentioned in the past year and a half about how I play the Mega Millions lottery and hoping to win the jackpot one day. I had a dream in December 2012 that instructed me that I must play regularly in order to win the jackpot, not like twice a year as I have been doing all the long. Playing more regularly would significantly increase my chances in an already perceived astronomical chance of winning. So ever since that time, I have been playing almost weekly (unless I'm out of town), and as of a few weeks ago, I now have two sets of favorite numbers that I will always play UNTIL I WIN THE JACKPOT. Note how I wrote it that: until I WIN. Not 'if or 'hopefully', but much more affirmative and positive - taking ownership of my future. This sentiment and feeling is the basis of the Law of Attraction which means that you attract what you are thinking and feeling. If you really want something, you have to really want it and mean it, and it will come to you. Again, some people may think this is hokey pokey garbage, but really it's not. Think about it, when was the last time you put all your thoughts and feelings and energies into wanting something so desperately badly, and then one day, eventually, it came to be?  This has happened to ALL of us at many points during our lives, but we don't acknowledge that this good will came from the universe which is the source of everything, including the energy that allows our minds to function. We size it up to mere luck, or just a coincidence. Here are three actions that I learned recently that sum up what one needs to do to bring the good fortune and happiness their way:

You have to Ask for what you want. Believe that you earned/deserve it - own this belief now. And Receive it when it comes to you, be it in half an hour, or 30 days from now.

I am employing this concept as of 3 days ago with my desire to win the lottery jackpot so that I can be financially secure and help family and select friends. Some people may know me as a Buddhist and find my desire to obtain money to be materialistic, which goes against Buddhist precepts. But that is not the case. Anyone who truly knows me knows that I have experienced some dark days related to the effects of being laid off from work in recent years as an adult, and growing up part of the working poor class. To this very day, people I know and love are having difficult lives because they do not have the earning potential to meet the demands of life. It's not that they are living beyond their means, but when you have a job that doesn't pay well enough, while life's expenses keep going up and up, you wonder when that person is going to catch a break and find some relief from the financial stress they are suffering from. I have embraced the act of being compassionate towards others from my Buddhist beliefs that it hurts me very much to see people I love under duress due to the lack of funds. I have always said out loud to myself that WHEN I WIN the jackpot lottery, I'm going to immediately take care of those I love who are in the greatest need. I'm always thinking of others first. But, in order for me to help them in the way they need, as well as to give myself the comfort I know I deserve and desire, I must win a substantial amount of money from the lottery. And you know what, the term "lottery" could be synonymous with an even higher paying job that would pay me so much that I could do more for my family. Having financial security is the number one priority in MY life right now that WILL make me HAPPY! And that is what is at the core of The Secret... telling the universe what I want that will make me happy, and me putting all my energies towards that thing to make it a reality. This is a two-way street task!

Thoughts become realities. This is true. Case in point:

I have written about my enjoyment of attending the Toronto Int'l Film Festival for many years now. Since I first started to attend in 2004, it was always a costly venture, and I could only afford to stay in Toronto for 2 nights, and maybe see 2 or 3 films. My jobs did not pay enough to allow me to attend for longer periods, and I did not have the vacation time available to stay longer if I wanted to. As a film buff, I have a complete love for TIFF and there were many times when I just hoped and wished that I could find a friend who lived in Toronto whom I could crash on their sofa for a few nights. I have stayed at some crummy hotels/hostels in Toronto that my finances would allow. It was very stressful planning my visit to Toronto for TIFF, and hoping that during my Friday through mid-Sunday I could see the film(s) I wanted and do some celebrity watching. Then one day, I started to befriend a guy on one of the film review forums who lives in Toronto and also happened to be an actual patron member of TIFF. Our friendship started off slowly and politely until in 2009, he was able to help me secure tickets to some films. After we met face to face and realized that we both liked each other as friends, a most wonderful friendship and TIFF partnership commenced. Since 2010, I have been a guest at my friend Glenn's house, and he has provided me with tickets to films during my six night stay during the festival. Glenn's generosity has saved me literally thousands of dollars and granted me tremendous peace of mind so I can enjoy the festival entirely! This is just one mere example of the power of Law of Attraction! My heartfelt  needs and wants for the ability to enjoy TIFF more leisurely and without the financial stress and restrictions were given to me by the universe.

1. I ASKED for help to enjoy TIFF more.
2. I Believed I deserved to have more pleasure at TIFF because I loved the festival and Toronto.
3. I graciously Received a new friend and lovely accommodations at his house along with his gift of film premiere tickets.

Like I said, this is just one outstanding example of the Law of Attraction. Another short story that is related to TIFF is that back in 2007, I was on a really tight budget and TIFF kind of snuck up on me because I was busy at a miserable job I had at the time. As I went for a long lunch walk, thinking about my money troubles in trying to pay for my trip to Toronto... a crisp $100 bill blew onto my path on the sidewalk. I bent over to pick it up, thinking it was a cool $10 bill because I saw a 1 and 0 based on how it was folded. But when I opened up the bill, and saw that it was a $100 bill, I could not believe it. I immediately checked to see if it was counterfeit or monopoly money, but it was the real deal. I attracted that money to me because I needed it, and I was in the right place to receive it.

If I placed all my positive open-minded energies into asking for, and believing that I deserve and will win the jackpot lottery, I will receive it. I can't wait to write a follow-up story sharing my lottery win. In the meanwhile, I have an Ebay online store idea that I'm working on right now to help usher in more positive energies to the universe to help me and you get what we want to make us happy!

I'll be writing more about The Secret here!
Posted by Theatre of Zen at 4:22 PM

Email ThisBlogThis!Share to TwitterShare to FacebookShare to Pinterest
Labels: Superman in Detroit, The Law of Attraction, The Secret