So much has been Happening! 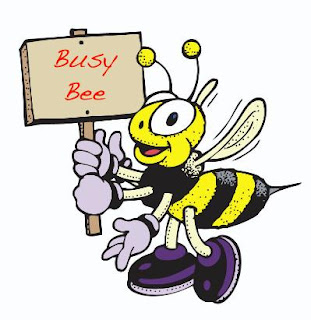 It's been a month since my last update and a lot of things have been happening, in fact, I've been quite the busy bee! Firstly, I had to quit my part-time job at Lush because I wasn't getting enough hours. In a two week period, I would work maybe 14 hours and that's just not going to cut it for my savings goals for my Euro trip in June and my move to California in October. So, I found another part-time evening job that fits perfectly into my schedule, gives me 20 hours a week, it pays a dollar more than the store, and best of all, I have my weekends FREE again! Sure, this means I'm working 60 hours a week. I do have 1.5 hours between each job, and my primary job is a desk sitting one in my office. I wish I didn't have to work another job, but this is for the short term to help me earn enough money to accomplish both of these important events.

Speaking of such, I'm well into the pre-planning stages of the London/Paris trip. Within a few weeks, I'll start buying advance tickets for some of the activities we'll be doing in London/Paris. I'm excited about meeting up with two friends in London and doing some things that I've never done before in the dozen times I've been to London. And realizing how much money I will need for this trip is evidence that I need this part-time job in order to make this trip 110% fun and stress free. I hate going on trips and watching what I spend. I've been on many trips on a budget before, but it's much more enjoyable going on a trip and not giving a damn about what I buy.

That's how my trip to Philly just next week will be. I'm driving 10 hours to go see Pearl Jam on April 29th. Pearl Jam has been in the news this week due to them canceling the Raleigh, North Carolina concert, which was scheduled for today, 4/20, in protest against that state's ridiculous and discriminatory HB2 law that targets transgendered people's access to public restrooms based on their current gender status. There are other unfair discriminatory laws currently on the books against the LGBT community and enough is enough! A lot of fans are pissed off that the show was canceled, and those fans obviously are clueless or indifferent to the band's progressive liberal leanings, so this really should come as no shock. The fans should direct their anger at the governor of NC for passing this law without a public vote. Anyway, I'm all the more excited to see my favorite band in the world, and I totally support their decision to cancel the Raleigh show. If you're interested in signing a petition to repeal HB2, go here - http://equalitync.org/action/repeal_HB2/.

In preparation for my move to California, I have purchased a premium membership at LinkedIn so that I can get in direct contact with people who make the hiring decisions at companies I would like to work for. Also, in the past month, I have increased my connections by about 30 people, so that's good. I currently have 170 connections and I would like at least 30 more to hit that nice 200 connections milestone.

As it stands, for the first time since 2004, I may not be able to attend TIFF in September. I may use that time to visit Los Angeles instead to a) hopefully have an interview(s), and b) find an apartment. It would be easier to find a place to live by actually visiting the place and putting down a deposit in person. My current goal is to be in Los Angeles the last week of October. Perfect planning would have me start a new job on Monday, October 31st. My current lease ends on October 31st, but I am planning to be on the road to LA by October 19th so that I can take a carefully planned solo road trip drive from Michigan to California, and arrive sometime on Saturday, October 22. I will have a week to get settled in LA before getting into the thick of things that following week. Doesn't that sound like a Type A personality plan? I'm flexible of course, so this time table could be in place for a September move if the opportunity presents itself.

I have created a Go Fund Me page to seek any additional financial assistance for my big relocation plans. I have no idea how people will respond to it, but if it helps in raising some much needed extra funds for this big change in my life, I will be eternally grateful for that. Thanks!