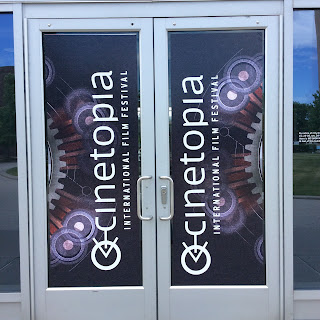 Although this is the 5th year of the Ann Arbor/Detroit Cinetopia International Film Festival, this is my third and sadly, final year in being a theater supervisor at the event. Due to my move to Los Angeles later this year, I went into this year's volunteer stint with great enthusiasm and interest. I worked four shifts this Saturday and Sunday (Day 2 and 3 of the festival) at the Center for Creative Studies in Detroit. I had a great crew of volunteers, all the equipment worked, there were no projector fiascoes, and there were good crowds at the venue. There were some nice improvements this year, and I know that as each year develops, there will be newer upgrades to make things even more efficient, and more perks for volunteers and patrons.

Because I work an 11-12 hour day, M-F, I cannot participate in any additional Cinetopia festivities until next Saturday, June 11. On that day, I plan to watch four movies. Of the films I was able to watch during my work shift, Parched is an Indian film about three sisters on three different life paths, but all doomed under the archaic patriarchal society of rural India. And the second film I saw was Trapped, a new documentary about the current HB2 laws in the Southern states, especially in Texas, that is trying to make abortion providers and those seeking abortions, to constantly jump over the newest obstacles designed to restrict abortion. Both films were very good. Next weekend, I plan to watch, Sonita, This Changes Everything, Hunky Dory, and Lo and Behold - Reveries of the Connected World.

Here are some images I took during my shifts at Cinetopia this weekend: 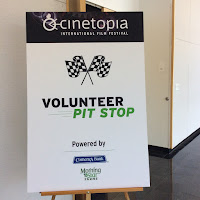 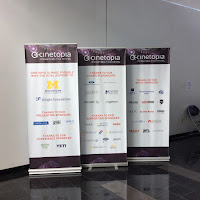 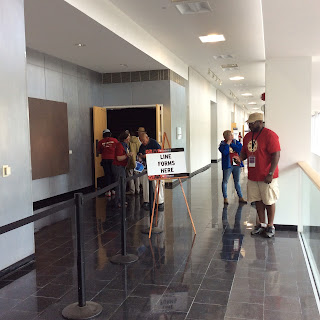 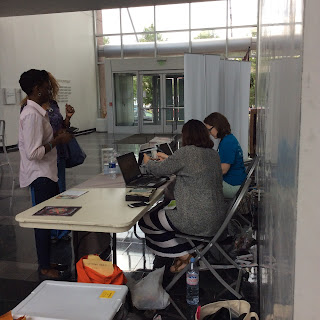 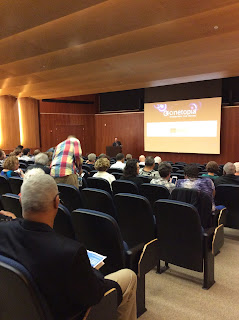 I'm grateful for being able to volunteer my time to such a great and steadily growing film festival. This opportunity gives me valuable experience to work at other film festivals in the future in California.
Posted by Theatre of Zen at 10:59 PM

Email ThisBlogThis!Share to TwitterShare to FacebookShare to Pinterest
Labels: Cinetopia